A gem of Lake County, Florida, the City of Leesburg is a welcoming, progressive community of more than 23,000 residents that serves nearly twice as many people with electric, natural gas, water, wastewater and reuse water utilities. Known as the “Lakefront City,” Leesburg is a central hub for commerce in Lake County, attracting 50,000 people to work each weekday. The city is also a great place to live, play, and visit – ideally located near area attractions, shopping, hotels, restaurants, entertainment, golf, and some of the country’s best fishing. 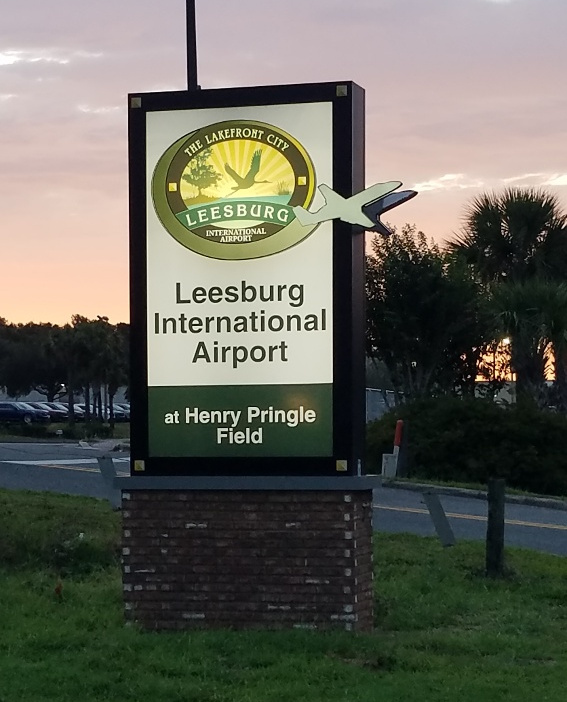 When it comes to economic development, Leesburg International Airport is a tremendous regional asset providing a large range of aviation services including a U.S. Customs and Border Protection Office. A growing community of aviation businesses are also located on-site.

Like many cities in the U.S, Leesburg’s airport development came as a direct result of the Second World War when the Civil Aeronautics Administration created it as a training facility for the U.S. Army. In 1946, the property was deeded to the City of Leesburg for use as a general aviation airport and remained the same for the next 50 years. As the city began growing again in the 1980s, so did the airport. It now boasts two runways extending up to 6,300 feet, as well as a brand-new seaplane ramp, utilizing the lakes as a landing spot. Interestingly, Florida is second only to Alaska in terms of seaplane traffic. Leesburg International Airport is also a Port of Entry to the United States. In total, the airport saw some 60,000 takeoff and landings in the last year.

Leesburg International does not have commercial service. All planes that are based on-site, as well as the typical transient users of the airport, are either privately-owned small aircraft or corporate jets. Unlike many other airports across the country, Leesburg International was fortunate to have traffic remain fairly consistent throughout 2020 and was not negatively impacted by the COVID-19 pandemic.

Airport Manager, Tracey Dean, is a dedicated champion of Leesburg International and its value to the City of Leesburg and Lake County. She reports, “We have been working hard on several projects in the last while, the largest being the resurfacing of our primary runway, which has a designation of 13/31. The engineering has been completed and our contractor came on board in November of 2020 to start the process. The resurfacing will be a complete mill and overlay and there will be all new ‘bright and shiny’ striping.” The runway pavement will be grooved in the opposite direction to the way the planes come in, which will help with drainage by channelling water off the runway – significantly improving the overall surface.

Dean adds, “There is also some safety area grading that goes along with this project and some associated lighting. Aside from regular inline lights, we have precision approach path indicator (PAPI) lights at each end of the runway to help incoming planes make sure they are on the correct path to land; that they’re not too high or low in comparison to the length of the runway. Those lights will be brand-new, which is critical. We’re are also replacing the REIL (runway end identifier lights) strobe lights that allow pilots to better identify distance.” The construction work is being completed for $5.2 million, funded by a 100% FAA reimbursable grant. The completion date for the project is slated for April. 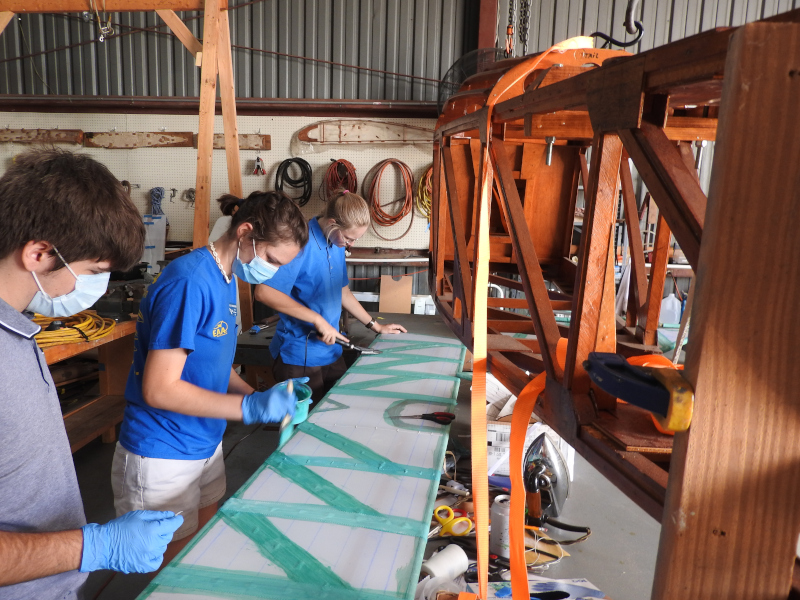 The airport is a hive of activity and its growing popularity is creating an urgency for more hangars. Dean acknowledges, “We’ve been busy upgrading our hangar space. We just built two complete box hangars, each with five units that can accommodate planes with a 45-foot wingspan. The engineer designed these to meet the demands of some of the people on our wait list that were requesting a larger wingspan than anything we could accommodate. Those hangars were just completed in November and the tenants moved in on December 1st 2020. Emmett Sap Builders, did an amazing job and now that people have seen the hangars, I already have 16 people on a waiting list for a spot if one opens.”

The airport property is vast – over 850 acres – and all of the building has taken place in one quadrant along the 441 corridor. Given that much of that area is wetlands and lacks utility infrastructure, there are certainly building challenges to be overcome. But there are definite possibilities for building on the south side of the airport in the future. Dean admits, “It all comes down to funding and what grants are available and the matching funds that the airport has to contribute. That being said, there are always opportunities for private investors and the city does have the support of the economic development team at the county level to promote the airport to businesses and individuals in that regard.”

The Leesburg International Airport Master Plan was created in 2019 and covers the next 20 years. The plan outlines forward motion, as well as the higher priorities at the time – including runway, taxiway, and control tower work, in addition to other construction plans. In essence, it is a living document. However, as Dean notes, “Things change all the time and we have to be realistic about what’s possible. It is all well and good to have construction plans, but if a runway or taxiway gets chewed up and is in disrepair, that is going to take priority on your schedule. Everything gets rearranged.”

There are some projects in the works that have been a long time coming. Dean is happy to report, “We are towards the end of the design phase of rehabbing our main apron, which is front and centre to the airfield where most of the commercial businesses are located. It is also how everybody gets from their individual T-hangars to the airfield, so that main apron sees a lot of traffic. The design will not only improve the movement, but also make it safer. This is the area where a lot of the tie downs are located; they’re literally three hooks in the pavement for the tail and the wings. The people who rent the space just move the plane and leave their car parked there. We’re going to change that configuration to create a better traffic flow of aircraft and vehicles, because vehicles also share the ramp. The main ramp has some of the worst pavement and we need to get it redone.”

Another project currently underway is a remodelling of the Customs Office. When the office was constructed in 2005, it was a relatively small space of just 1600 square feet. The building has been well maintained, although, to comply with the latest facility standards requirements, work must be done to ensure the safety of the customs officers who work there and the international passengers. The remodel will include many security aspects, like intrusion detection for different doors – be it a card reader or a code; a new CCTV monitoring system; and the incorporation of special materials, such as new vestibules with bullet-resistant glass. The hope is to have the work commence in early spring.

With these new upgrades and a committed, forward-thinking team, Leesburg International Airport is well poised to capitalize on the growth in the region and a renewed interest in aviation.

What: A city-owned, general aviation airport