A tradition of aviation

Hayward, Wisconsin is the place to go for freshwater fishing. Not only does the famed Namekagon River flow on through but the natural beauty of the area is highlighted by the many lakes with a variety of species of fish – Lac Courte Oreilles, Grindstone Lake, Round Lake, Moose Lake, Spider Lake, Windigo Lake, and the Chippewa Flowage are all known for yielding trophy-sized muskellunge (“muskie” or “musky”), northern pike, walleye, and smallmouth bass. It is also home to the “Quiet Lakes” (Teal, Ghost and Lost Land Lakes), which do not allow water sports and are known for their peaceful beauty.

Add to that the Chequamegon-Nicolet National Forest and the 252-mile Saint Croix National Scenic Riverway, and you have a tourist destination that has caught the attention of folks for centuries. Hayward is also a hot spot for deer hunting, golfing, cross-country skiing, snowmobiling, canoeing, kayaking, ATVing, horseback riding, and road and mountain biking. All of which are serviced by the Sawyer County Airport, a county-owned general aviation airport two miles northeast of the Hayward city centre.

“This is Northern Wisconsin,” says Derek Leslie, Airport Manager and owner of the FBO, Hayward Aviation. “We have all four seasons up here and undoubtedly that is one of the reasons why our area attracts people. There are so many different sports and activities you can do in the area. We do have business traffic as well, but a lot of what we see is recreational. The amount of traffic we have is a testament to what people have discovered here in Hayward.” 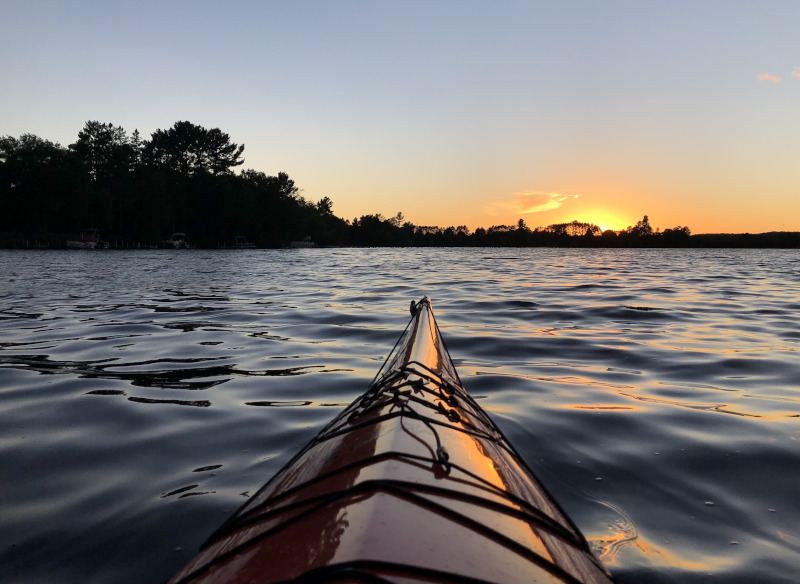 He points out that the airport has done a really good job over the years making sure that there is room for this seasonal traffic. The runway is just over 5,000 feet, great for piston aircraft and just a little tight for the modern jet, but the apron and taxiways make it possible to accommodate more planes than you might expect.

“Our biggest season is Memorial Day to Labor Day,” Leslie explains, “and during those times it’s not uncommon to see upwards of 100 jets a week fly in. I often get comments from folks in the commercial charters like NetJets or XO Jet who, when they filed the flight plan, figured Sawyer County had never seen a jet before, and they say how surprised they are that there are so many planes. That just exemplifies what this airport is and what the community does, it draws people in from all over. We work with the Hayward Lakes Visitor and Convention Bureau and the Hayward Area Chamber of Commerce in terms of promoting the area and they do a really good job in selling the cabin life – you can come here and have a beautiful cabin on the lake and it just makes a wonderful getaway.”

Leslie grew up at the airport. His parents ran their own FBO at Sawyer County for most of his life. And he remembers that seven years ago things began to change. There was a concerted effort to modernize the airport as well as increase capacity in a very forward-thinking way. The project focused on getting a full instrument landing system (ILS) installed, as well as creating a full-length parallel taxiway. Previously everyone had to back-taxi on the runway. They also installed an additional 80,000 square feet of concrete ramp, which brought them up to an impressive total of 160,000 square feet of concrete apron. Very few regional airports have that much space.

“Now we have got fantastic approaches with an ILS leading the charge,” Leslie reports. “The runway is in good shape, it is 5002 x 100 feet and is on the docket with the BOA for rehabilitation in 2024. FAA/BOA doesn’t typically let runways exceed 25 years and 2024 will be 24 years, however it is still holding up really well. We have full-length parallel taxiways with two center taxiways (Bravo and Charlie). Charlie in particular leads into why the airport is awesome for GA guys. The main apron and terminal building are dead center in the middle of the runway. It makes getting on and off the runway quite easy and allows you to move from runway to hangar without complication.” 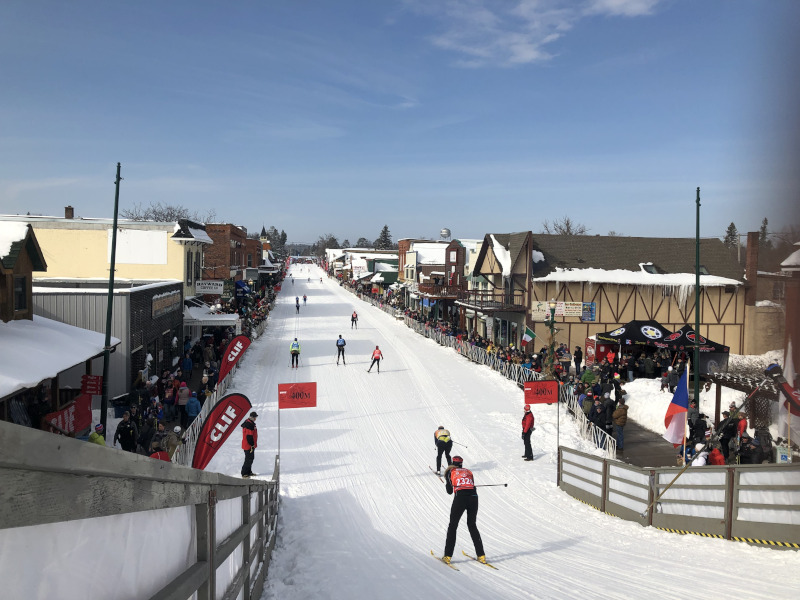 As part of the rehab project in 2014, a wildlife and security fence was installed around the entire airfield with four motorized gate access points. Leslie acknowledges, “That was important as the volume of jet traffic took off. Of course, it was equally important to keep the runway clear for smaller aircraft. but when you’re talking about landing speeds of around 50 miles an hour for a piston prop versus 110 miles an hour for a jet, wildlife strikes become a big deal.”

Two years ago, in July of 2019, Leslie founded the FBO Hayward Aviation. He had purchased all the fuel tanks, hangars, and other equipment from L&L Aviation – the FBO his parents had founded in 1989. Leslie has been a full-time employee of Sawyer County Airport since 2008, managing all operations at the airport for the municipality.

“So, I’m not necessarily new to airport management,” he explains, “I’ve been involved here at the airport really my entire life. But to begin a new chapter with a new FBO and have 2020 as our first real year in business was interesting. When the beginning of the COVID pandemic hit in February and March there was a lot of concern. Tourism season is the big draw for the region, although, we are open and working here 365 days a year with a couple of operators flying in regularly. But we had no idea what was going to happen, and then when summer came, folks just came flying in. I think they decided that spending time at their cabin was better than spending it in their regular homes, and our season was as successful as ever.”

The FBO is extremely fortunate to have a very strong customer base and even during the pandemic the airport saw steady business in fuel sales and car rentals. In Feb. 2021, a deal was closed on the third biggest hangar at the airport. Leslie notes, “It’s 70×75, heated, with offices and an apartment and I’ve got more people who want to be in the hangar than I can count, including multiple aviation businesses.”

Sawyer County Airport will soon be developing a Master Plan which will see them through the next 20 years, and Leslie considers the work they are doing as the finishing touches to the expansion project begun a decade ago. This year they will be undergoing a ramp rehabilitation project on an additional 60,000 square foot asphalt ramp to the north, which connects the bulk of the hangars to the runways. This will see a crack sealing project and the entire airport will have its paint refreshed, which will mean closing the airport for a couple of days but all should be completed by July 4th.

2024 will see the paving of the entire runway and the creation of the Master Plan as the major projects. And that planning exercise brings along with it the challenges of limited space for growth. “Back in the ‘50s when they built the airport here the idea that they would need 50 or 100 hangars was probably inconceivable,” says Leslie, “and so they picked a beautiful scenic location along the Namekagon River which leaves us little room for expansion. I think this is our primary challenge when it comes to what we do next and we need to be looking at that in our Master Plan – expansion now means moving a lot of infrastructure including roads.”

Reflecting back on earlier days, he muses, “When I was a kid growing up, it wouldn’t be uncommon to have 30 or even 40 piston aircraft tied down or chocked down or strapped to anything that we could find to keep them from blowing away. On weekends the ramps were filled with smaller planes and people just getting away for a couple days. Perhaps it is just that I grew up at the airport when all that was happening, and I know that business jets keep the airport open, but we have a real aviation tradition in Wisconsin, and I would love to see that come back. We joke and call it the $100 burger – where people fly in for a meal, but there is something nostalgic about that tourist season use of the airport, and we have the perfect place here for you to come and take advantage of that.”

What: A progressive general aviation airport

World –record fish, rich Native American culture, Northwoods-infused local arts and crafts, miles of wilderness trails, local dining establishments, and some of the best lakeside lodging around provide visitors with unique options and an unforgettable experience.  Kick off your planning for your next adventure in our corner of the Northwoods.