On an academic mission for aviation

The University of California, Davis (UC Davis) is highly regarded for its reputation as an outstanding agricultural and veterinary medicine institution of research and learning. In fact, it is the number one ranked university in the United States for both fields. It is also known to be at the forefront of environmental sustainability, which is taken quite seriously not only as an academic exercise but in the practical application of running the campus and their department of transportation.

UC Davis also boasts the only on-campus airport within the California University system, the aptly named University Airport. It was C. Harold Hopkins who first came up with the idea back in 1946 to build a small local airport. The University of California acquired that facility, along with agricultural land, early in 1950 and continues to this day to run it as a general aviation airport. University Airport offers the sale of aviation fuel (100 LL) and rents hangars, open shades as well as tie-downs for aircraft storage. Additionally, there are two fixed-base operators on the premises – Davis Air Repair offers aircraft maintenance, while Cal Aggie Flying Farmers offers maintenance, flight instruction, and aircraft rentals. 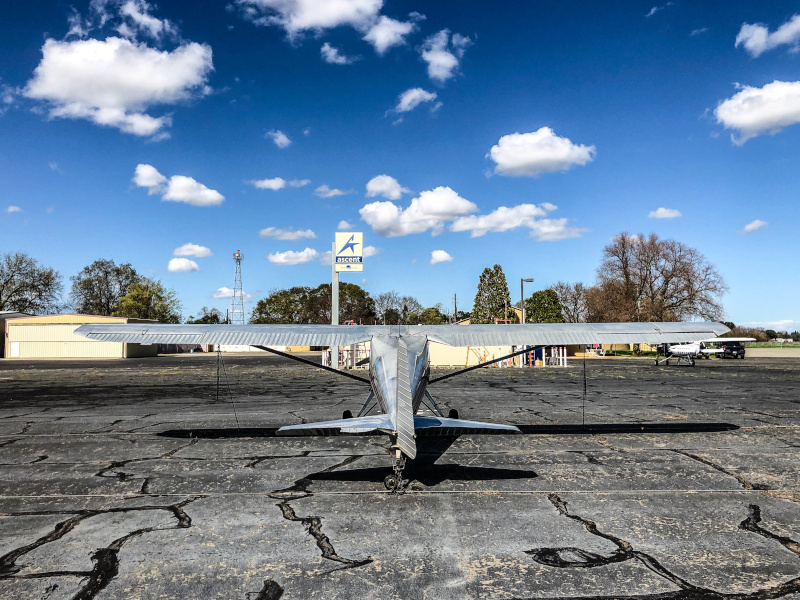 Situated on 95 acres, the airport has one runway which is 3,176 feet and sees about 24,000 operations a year. There is also a small terminal building, basically just a place to stop over before leaving the airport. Given the generous size of the property, there is ample room for expansion. However, the hope is that this growth is quite specific and ties in with the already established goals of the university.

“We are in a really unique place,” explains Dr. Perry H. Eggleston, Executive Director for Transportation Services (UC Davis) and Airport Manager, “Yolo County is more of a rural and agricultural area in northern California, and the airport is kind of a hub because we are about an hour outside San Francisco. So there’s that business hub there and then there’s Sacramento as well, which we are perhaps just a little closer too. I took over in January 2020 after 27 years in the transportation industry and I was expecting to run a little airport … But then I saw all the land and started seeing the possibilities. It would be the perfect place for a company or research firm to set up. We are also really close to Silicon Valley and there could be tech companies that could be involved in this work as well.”

That is the dream. UC Davis has been focused on environmental sustainability and on really transitioning into the future of transportation. Under Eggleston’s leadership, they have moved more to electric transportation for their transport fleets, as well as encouraging alternative transportation among the students, faculty, and staff. Eggleston has his mind full of questions and ideas: what if they could bring that sustainable technology into the airport side of things and encourage research into electric-powered flight along with other sustainable alternatives rather than fossil fuel dependence? Could University Airport be part of the future of aircraft development? And what would it take?

He explains, “We do have the land available and we are already looking at what infrastructure would be needed to say have battery charging capabilities. But with the university, we also can create public/private partnerships. This will substantially change the economic costs for anyone who participates. Then there is also the ability to provide opportunities for our students, faculty, and staff to participate in real research and real development of sustainable aeronautics type products, avionics, and be at the forefront of development. There are just so many ways that it could tie together to make the perfect opportunity. We would also have a whole bunch of students ready to intern if that right partner comes along. What you would see would be university partnership and funding making lease rates and other aspects of the proposal seem very generous.”

Universities do not generally operate airports. When they use airport facilities, it is mainly for sports teams or other needs of transportation. Thus, it can be excused that for the last 70 years University Airport was simply that – a hub for UC Davis transportation. As such, it is a small airport with 100 tenants keeping their planes on the field. “Things are changing quickly as technology advances,” says Eggleston, “and not a lot of people are focusing on this direction, in regard to what businesses and programs the airport could accommodate onsite. I think it is a niche that is worth exploring.” 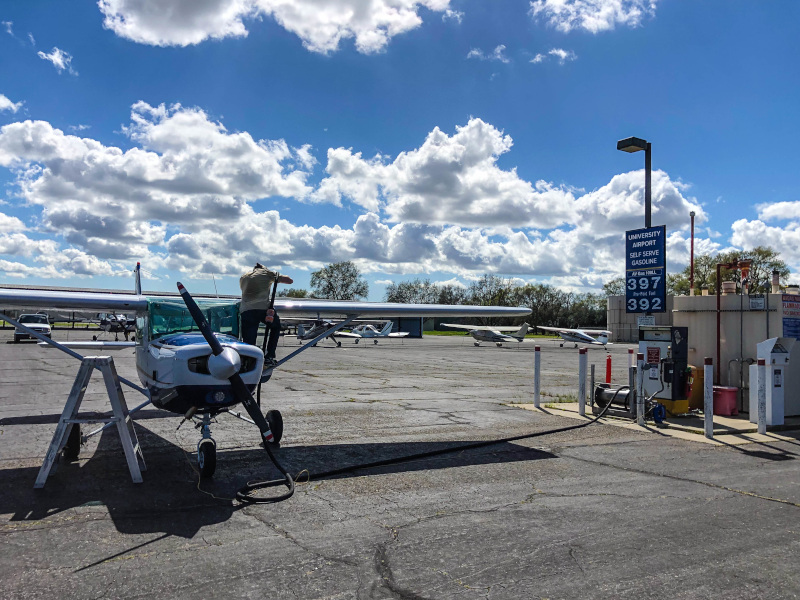 The current estimate is that $2 million dollars would cover infrastructure upgrades making it possible for any company to set up shop. The regular maintenance and operation of the airport have continued over the years and that is still on the books for the near future. “We do have a runway project coming next year, where we’re just rehabbing the runway – and the FAA is helping us with that,” says Eggleston. “Our two FBOs have both been here over 20 years and the general aviation (GA) side of things is pretty well established. That includes hangar rentals and fuel sales which help bring in revenue.”

Looking to the future, they are definitely considering a myriad of possibilities. As Eggleston points out, “We want to make sure the University Airport is going to serve not only the university but the wider community as well. So we will keep up the maintenance, rehabilitation of the runway, and hangars and work with the FAA to make sure all facets of the airport are up to date.” He emphasizes that for the next three to five years their sights will mostly be set on modernization. To that end, they are hoping to bring in a new beacon tower and create a master plan for the next 20 years.

“We are focusing both on what we can do now and how to develop into the future,” says Eggleston. “The immediate projects are all lined up, but I hope that we can get into some serious talks with a variety of types of companies in the next few years. So that is our goal. To bring someone in who can help us develop the airport to make it much more aligned with our academic mission of teaching and also to help us head in the direction of the future. This really is a gem of an airport – but it has the potential to be so much more.”

Stephen K. Robinson (Ph.D.) is an alum on the faculty of UC Davis… he is also an accomplished NASA astronaut. What a great opportunity for the right partner to locate at University Airport and have access to Dr. Robinson’s incredible experience…

Stephen Robinson has been flying since age 14, and has logged over 3500 hours in flight vehicles ranging from antique taildraggers to NASA space shuttles. Dr. Robinson was selected as an astronaut in December 1994, and reported to the Johnson Space Center in March 1995. He held a wide variety of technical assignments within the Astronaut Office including: testing space shuttle flight-control software, developing on-board computer and flight crew equipment, helping to develop the Space Station robot arm, and leading an astronaut team to specify window requirements for the Orion crew spacecraft.

He has also served as Spacecraft Communicator (CAPCOM) in Mission Control for 17 shuttle missions (including Lead Capcom for the final shuttle mission, STS-135), functioning as the voice link between space shuttle crews and Mission Control. More recently, Dr. Robinson served for two years as Chief of Safety for the Astronaut Office. Beginning in January 2012, Dr. Robinson served as Director of the NASA JSC Virtual Reality Laboratory, as well as Chief of Aviation Safety for the Astronaut Office.

In all, Dr. Robinson has flown on four Space Shuttle missions, and has served as a back-up crew member for the fourth crew of the International Space Station. He has logged over 1156 hours (48 days) and 19.8 million miles in space, including over 20 hours spacewalking. Dr. Robinson retired from NASA on June 30th, 2012, after 17 years as an Astronaut and 36 years of NASA service. He is now Professor of Mechanical and Aerospace Engineering at the University of California, Davis.

What: An on-campus, general aviation airport owned by University of California, Davis

Where: The City of Davis in Yolo County, California