Business View Magazine interviews representatives from the Fresno Yosemite International Airport, as part of our series on U.S. regional airports.

“That is what is really interesting about this Airport,” says Kevin Meikle, Director of Aviation. “When you look at all the lines of business that this Airport has, it is very similar to a large airport, but yet we are a small regional airport. It is unique about our Airport and the region that we serve – we have all these lines of business that you typically do not see. Whether it is the military component, the commercial component, the diversity of airlines and destinations domestically and internationally, or just the everyday operations themselves – it is a large airport in a smaller package.” 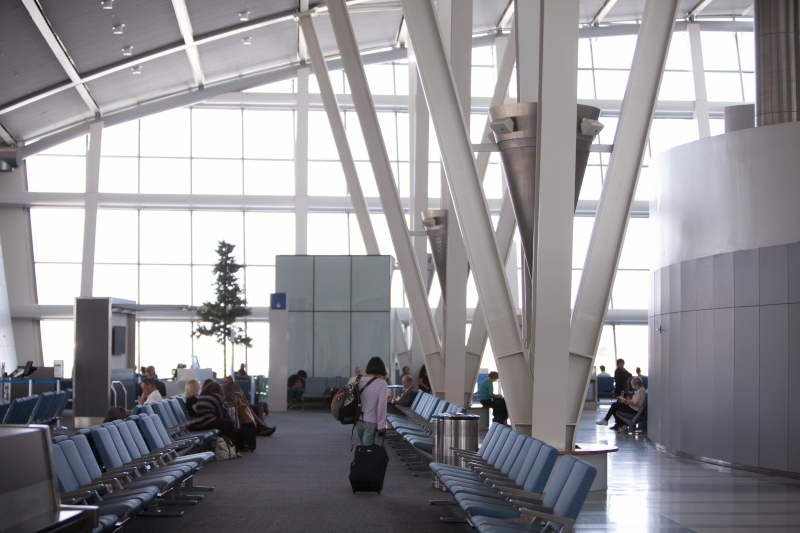 Originally a military base, the Fresno Yosemite International Airport came into being in 1947. Following World War II, the War Assets Administration transferred the then-named Hammer Field to the City of Fresno. Then the City put in a terminal and moved all of the commercial airline services from a downtown general aviation airport over to this location. Now in its 70th year, FAT has grown well beyond the original United and TWA flights to become the major air hub for Central California, with a population of almost two million people, as well as the gateway to three of the nation’s most visited National Parks: Yosemite, Sequoia, and Kings Canyon. There is also the original, downtown Chandler Executive Airport in Fresno, also owned and operated by the City of Fresno, which operates both as a reliever airport and a hub for smaller general aviation aircraft. In addition, there are a couple of aviation schools that operate on that location and it is seen as very complementary to the main airport.

“We are 100 percent self-sufficient,” explains Meikle, “and because of our location, we really do not have any competition. The closest commercial air service airports to us would be San Jose, Sacramento, and San Francisco in Northern California, and Los Angeles in Southern California. And we are far enough away from them that we really do capture the vast majority of the people who fly out of our region. When you talk about living room to gate time you are, literally, minutes and, certainly, within 30 minutes, of being here at the Fresno Yosemite International Airport, whereas if you drive to Northern or Southern California gateways, you are going to be five to six-plus hours by the time you get to your gate.”

“I’d like to chime in on that,” interjects Dan Weber, the Assistant Director of Aviation. “Historically, we probably lost more traffic to these other airports than we do today because, since the Great Recession, we have developed additional air service, larger aircraft, and so all-around better air service. And, I think, a lot of people who had previously driven to the other airports are coming to Fresno. So, it is a combination of taking advantage of our geographic location and capitalizing on it with better service.”

“We commissioned an economic study of the area which confirmed that we were one of the major economic drivers for this region,” says Meikle. “The airports are responsible for $788 million in annual economic activity and 9,300 direct, induced, and indirect jobs. That is a big piece of what we represent to this region of California.”

The Airport has experienced 36 percent growth since the Great Recession in 2010. Weber reports that the Airport’s FBOs lease hangar space and are currently at 90 percent capacity, and SkyWest Airlines, one of the largest in the country, operates a maintenance base at Fresno Yosemite International Airport. It is one of ten such bases the company operates to maintain its fleet of 325 aircraft, 283 of which are jets. At Fresno Yosemite International Airport the airline employs some 170 mechanics and skilled workers.

In addition to all of its aviation-related businesses, Fresno Yosemite also hosts other types of non-aeronautical operations. “We have three or four developers that have been longtime tenants on the airport who have developed office space,” Weber says. “We also have a couple of convenience stores and a gas station. There are also a couple of hotels, and we have a fully functional municipal 18-hole golf course that we acquired in 1947 and which we are basically holding for future aviation related development.” These properties, while majority of which are not on the airfield proper, but on airport property, are seen as being key to supporting the aeronautical endeavors, and are part of the revenue stream that contributes to making FAT self-sufficient.

Looking to the future, the Airport has embarked on a program branded FATforward. Meikle says, “We have just now completed a 20-year Master Plan for the Airport, looking at five, 10, and 20-year horizons. We looked at all aspects of the Airport: the parking, the terminal, commercial activities, general aviation, corporate, military, and government use. It is an A to Z plan looking at the growth in Central California and the way that our Airport has to respond to that growth. So, over the next five years we plan to invest $180 million in capital projects. That is a very substantial expenditure for an airport our size. FATforward will include a combination of airfield work, a parking structure, and strategic terminal expansion work.” 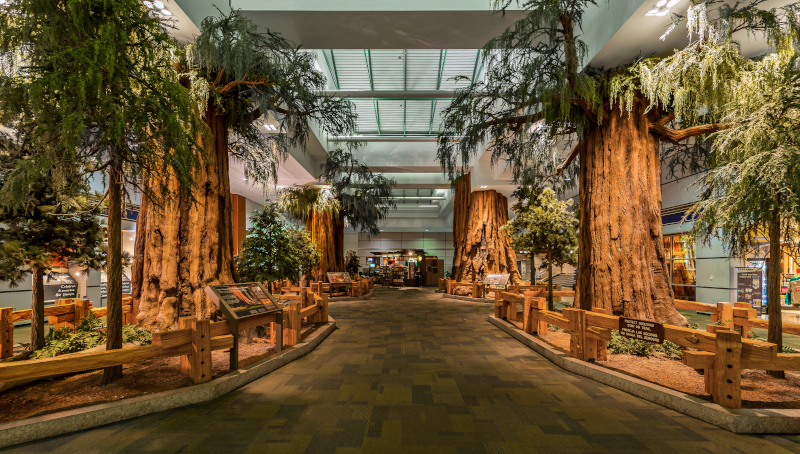 “We have used financial metrics for our industry to determine properly balanced parking rates and airline charges so that we can work towards aligning them with industry standards,” he continues. “We are also going to be looking at other revenue streams which we currently do not capture. For example, we do not currently charge for any ground transportation activity and we want to ensure that all users and stakeholders of the airport pay their fair and reasonable share and no more. Most airports, including Fresno Yosemite International Airport, charge a passenger facility charge, and we intend to leverage that existing fee to help pay for our expansion program. There will also be Federal Aviation Administration (FAA) funding of the $180 million spending we anticipate over the next five years; approximately $70 million will be paid for through airport improvement grants from the FAA. These grants will be dedicated almost entirely to airfield work. There is some taxiway reconfiguration we have to address, as well as main runway reconstruction.”

“The key to all of this,” Meikle insists, “is that we looked to what our financial capabilities are within industry metrics, and we looked at the need and then we ‘right-sized’ the project to our funding capabilities and our needs. In other words, we did not say we need thousands of parking spaces for a parking garage. No. We decided to do 600 and that will get us through the next eight to ten years and then we need these two gates and a new international facility. Our biggest market is actually the Guadalajara region in Mexico. We are, perhaps, the only airport in the United States where our number one market is to a foreign country. So we right-sized the project based on our funding capabilities and meeting the needs over the next ten years.”

Focusing on steady growth, as well as understanding and targeting its market, has helped make the Fresno Yosemite International Airport a success story with many more achievements to come.

Check out this handpicked feature on Statesville Regional Airport – A viable alternative.

WHAT: A joint civil-military airport