Fullerton Municipal Airport (FUL) is the only strictly general aviation airport in Orange County, California. That in itself bodes well for success, but it’s certainly not the only reason. Centrally located in the Los Angeles basin, adjacent to Interstate 5 and Highway 91, Fullerton Municipal Airport is only three miles from Knott\’s Berry Farm and six miles from Disneyland. Surrounded by fun!

FUL is self-supporting and does not receive subsidies from the City of Fullerton, even though it is a city-owned entity. Revenues from the airport fund the cost of operations and maintenance, with the surplus going into the enterprise Airport Fund.

Fullerton Municipal Airport Manager, Brendan O\’Reilly, shares his views on what draws people to the area: “We are in northern Orange County, so the big economic driver is tourism – being so close to Disneyland and Knott’s Berry Farm, and Anaheim Stadium, where the Angels play. There are all kinds of motor sports and different events happening at that facility, as well, and the Pond right next door features lots of concerts and is home to the Anaheim Ducks. And, of course, the Anaheim Convention Center is host to all kinds of major conferences and trade shows. All that, plus the North Orange County business community bring countless people to the area, year-round.”

In addition to Fullerton Municipal, there are only two other airports in Orange County – Los Alamitos Army Airfield (a military facility), and John Wayne Airport. O’Reilly notes, “John Wayne is preferred for southern Orange County business travel, but if you have business in Placentia, Fullerton, Anaheim, and the surrounding areas, then Fullerton Municipal is ideal. The only limiting factor is that our runway is only 3,121 feet, so only the smaller private jets can use Fullerton airport comfortably – Citations, Mustangs, and the VLJ type of jets. Of course, we’re very popular with the King Air series aircraft and we get quite a few Pilatus PC-12s. We’re more of a smaller niche airport but totally usable for South Orange County, just a slightly longer drive.” 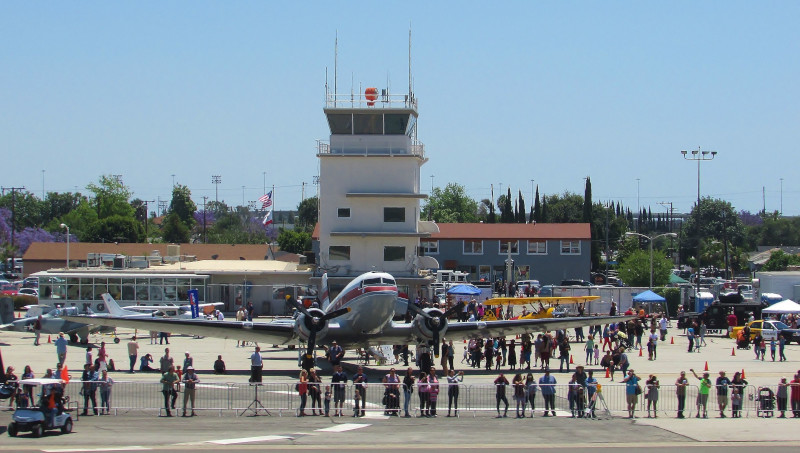 Business has been picking up steadily, to the point where the airport is 100 percent full, having 360 based aircraft. When O’Reilly took over as Airport Manager in 2013, there were some empty hangars that he believes were “overpriced.” He made it a priority to restructure the fees to make the hangars rentable and then start marketing them because many people weren’t aware that there were hangars available. The effort worked so well that by Aug 2015, all of the 146 hangars were full and they’ve been full ever since. In fact, there is now a healthy waiting list of about 50 people. The tie-downs were just filled last December, and there is a handful of people on that waiting list, as well.

General Aviation Company does an outstanding job as the FBO at Fullerton Municipal Airport. According to O’Reilly, “They’ve been on the field for a long time, maybe 30 years. They take care of all the traditional FBO services – fuel, maintenance, catering, rental cars. They also have a big VIP hangar that they can use for overnight parking and, of course, ramp space.”

The Fullerton Municipal Airport Terminal Building is a 1950s-era building that started as a small administration building. A control tower was added in 1959, and a restaurant in the early ‘60s. O’Reilly describes the building as a “bit of a hodgepodge, adding, “When I came here in 2013, we were not compliant with a lot of ADA accessibility requirements, so it was a big charge to get those compliance issues on the first floor taken care of. We did have federal funding available, so we put together a project called the Phase One Terminal Rehab that we completed in 2014 and then we reopened in 2015.”

In the same time frame, Fullerton Municipal selected a new restaurant operator for the Wings Café, which is a popular dining spot and a big asset to the airport. The restaurant has been doing business under different names for several decades and a lot of people have fond memories of going there through the years. “It’s a fantastic place to just sit and watch,” says O’Reilly. “You can see almost everything on the airfield. Brian and Sherry took over in 2015 and did an awesome renovation of the restaurant in an aviation-theme, with industrial-type finishes and a lot of really creative features.”

Promoting awareness of aviation as a career is another point of passion for O’Reilly. The City of Fullerton has a strong education program – it’s called “The Education City” because of the numerous schools and colleges located there, and Troy High School is known throughout the country for its STEM  program.

“I wanted to tap into that for my own selfish reasons,” O’Reilly admits. “As a kid, I would have loved to come to the airport for a field trip. So, we met with the school district and put together a field trip program based on the 3rd, 4th, 5th grade science curriculum. Things like weather, direction, latitude & longitude, mapping… we had a classroom portion, so we could actually integrate it into the curriculum with the school science standards. As well as letting kids sit in the airplanes, touch and feel and hear, meet with the pilots. It’s an awesome experience for them. COVID curtailed things a bit but we’re planning to get the program running again soon.” 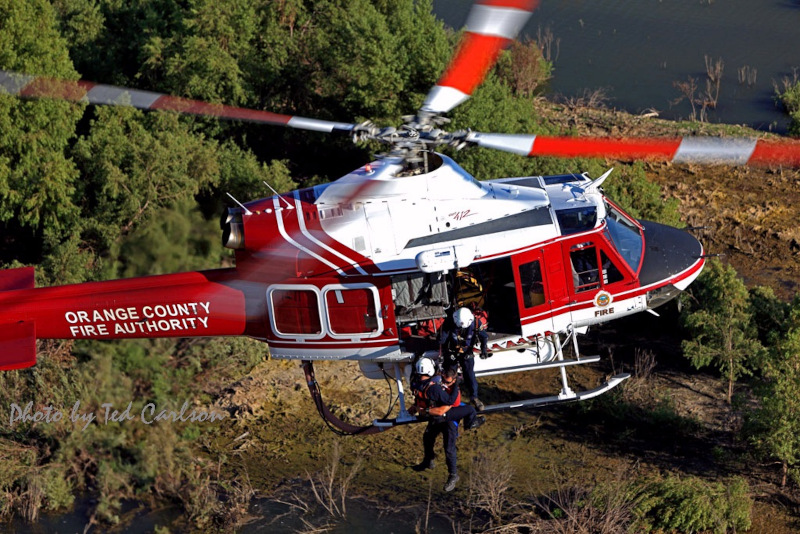 In 2014, Hangar 21 Helicopter came to the Fullerton Municipal field doing photography, tours, and charters. They also took one of the hangars and polished the floor, painted the walls, insulated, and made it a “really cool” atmosphere. Then they started getting requests to do parties and weddings. O’Reilly recalls, “The owner, Rob Simms, came to me and said he could be tapping into this new market and bringing so many people to the airport. So we worked with the city to get the airport rezoned, and while he’s still very much a helicopter operator, at night they host corporate events and weddings and fundraisers. They have literally brought thousands of people to the airport who would never have come otherwise.”

Capital improvement projects are always on the agenda for regional airports. At Fullerton Municipal, one of the most recent is the runway edge rehabilitation project. O’Reilly explains, “We have loose native soils and although the integrity of the runway is very good, the edges had some crumbling. So we sawcut five feet off the edges of the runway, repaved that, and added 10 feet of shoulder. We also replaced all the lighting equipment with LED and restriped everything. So we have a good runway for the next 10-15 years.”

The next project is phase two of the Terminal Building project, where the City of Fullerton is proposing to construct a new Airport Administration Building. The new two-story building will be located to the west of the existing terminal building and airport control tower and contain office space on the ground floor with a multipurpose room and balcony on the second floor. A portion of the office space will be utilized by airport staff with the potential to lease the remaining space. The multipurpose room will be available for rent to local business and organizations. Construction of the new building will also require significant modification to the parking lot which will provide a dedicated drop-off and pick up location, plus improve the on-site traffic circulation. Minor improvements to the existing terminal building will include restroom modifications, façade upgrades, and mechanical equipment upgrades.

Looking forward with anticipation, O’Reilly shares, “I think a new Administration Building will really change the face of the airport. We’ll be able to do so much more with community involvement. The upcoming opportunities such as urban air mobility and going electric are just staggering. Fullerton Municipal Airport was officially established in 1928, so 2028 is our 100 year anniversary. That is super exciting because what better way to celebrate a century at the airport than with this new building. All the investments and planning we’re doing now will ensure that the facility is still there 100 years from then for future generations.”

What: The only general aviation airport in Orange County

Where: City of Fullerton, California