The Buchanan Field Airport is a public airport in Contra Costa County, California, a mile west of the center of the city of Concord and east of Pacheco. It was originally established in 1942, and soon taken over by the United States Army Air Forces Fourth Air Force. The Army added land and built airport facilities and a training base for pilots. In 1946, the War Assets Administration returned the airport to the county. In 1947, the transfer was formalized and the Airport was named for County Supervisor, William J. Buchanan, who served on the County Board of Supervisors for more than forty years. The airport continued to be used, on occasion, by the U.S. Army to transport troops, especially during the Korean War.

While over the years, Buchanan Airport has had regular commercial airline service, today, it is only served by JetSuiteX, which runs scheduled charters between the Airport and Burbank, CA, and Las Vegas, NV, and, according to Keith Freitas, Director of Airports for Contra Costa County, is hoping to expand its service to San Diego, Phoenix, Portland, and Seattle. The Airport is also the home base of approximately 450 GA aircraft and over two dozen business jets, as well as many aviation and non-aviation based businesses, including three FBOs, several air charter and leasing companies, flight schools and flying clubs, an air medical transport firm, a U.S. Air Force Auxiliary Civil Air Patrol, a Crowne Plaza Hotel, restaurants, car sales and rental companies, a Sam’s Club, and the Buchanan Fields Golf Course. 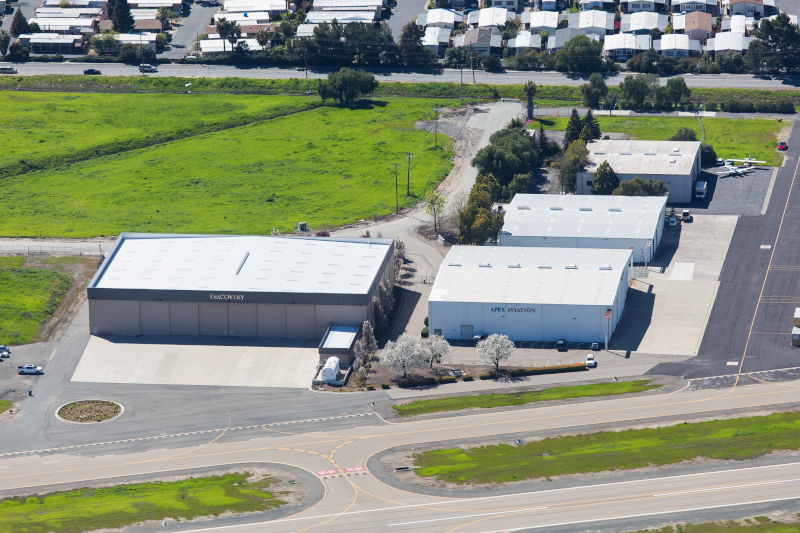 Buchanan Field Airport covers 495 acres and has four asphalt and concrete runways, 1L/19R is 5,001 by 150 feet; 1R/19L is 2,770 by 75 feet; 14L/32R is 4,602 by 150 feet; and 14R/32L is 2,799 by 75 feet. Regarding the Airport’s competition for general aviation activity, Beth Lee, Assistant Director of Airports, Business & Administration, relates “We’re always in competition with our closest airports, because our patrons have other choices; they don’t have to work with us if they don’t want to. But one of the things that sets us apart is our location. We’re close to San Francisco, Oakland, and Sacramento, but we don’t have as much traffic in our airspace. We’re also a good driving distance from those places, so a lot of executives of major companies base their aircraft here.”

The Buchanan Field Airport is county-owned, and according to Lee, it is entirely self sufficient, with 15 county employees. In fact, along with its sister facility, Byron Airport, another county-owned airport two miles south of Byron, Buchanan Field generates over $100 million in total direct and indirect annual economic output for the county, which includes the creation of over 800 jobs, $8 million in state and local tax revenue, and over $10 million in federal taxes.

Freitas adds that Buchanan Field has about 50 acres of undeveloped land and, currently, he is negotiating with four separate entities for non-aviation related projects of various sizes. “They range from three acres to 17 acres, in what I classify as our business park,” he notes. “We are very business-friendly, here,” says Lee. “We work with all parties and try to accommodate them on the airfield.”

On the aviation side, Lee reports that over the last several years, the Airport has had a number of improvements including a reconstruction overlay of its primary runway. “We also have completely redone the east ramp by our hangars and we’ve done a series of taxiway improvements over the last two years. We are in the process of developing a new general aviation terminal building and our secondary, crosswind runway is scheduled for reconstruction later this year or next year.”

“Long term, our number one priority for 2021 is a new administration office, an upgrade of our Aircraft Rescue and Firefighting facility, and the new GA terminal building, which is going to be an $8-10 million facility,” Freitas adds. “We’re also talking with our congressman for support for federal funds to reconstruct our air traffic control tower. The terminal will be self-funded with airport enterprise funds, some capital reserves that we have, and/or FAA funding – probably a combination of all those, plus long-term financing. For the tower, we’re looking for federal funding.” 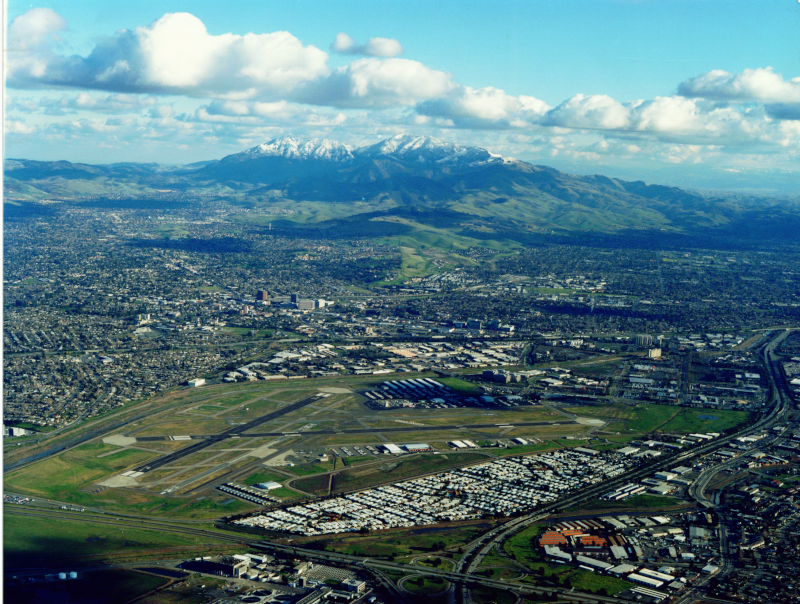 Finally, Lee affirms that Buchanan Field is part of the larger community in Contra Costa County. “The Airport has to be a neighbor of the communities around us,” she states. “We have residents, literally, right across the street from us, so we also look at things we can do for the public. We have a tour program; we have a public viewing plaza, where the kids come; the Young Eagles are very active. We recognize that it’s not just us, alone. We are part of the community and we want to give back.”

Supervisor Karen Mitchoff, District IV, Board of Supervisors, Contra Costa County, offers kudos from the County perspective, saying, “We in Contra Costa County are very proud of Buchanan Field Airport and look forward to seeing the new innovations, partnerships, and economic development that will come from the Airport, and we applaud our dedicated airport staff for the work to make this a reality.”

WHO: The Buchanan Field Airport

WHAT:  a regional, public airport

For those who want to explore Northern California on their terms and at their own pace, Concord, California, just 29 miles east of San Francisco, offers the perfect blend of natural beauty, outdoor recreation, hospitality, comfort, cultural assets, music and shopping. Concord provides an ideal location to unplug, unwind and explore all that the Bay Area, and surrounding region, has to offer.

Concord has a vibe that’s simple, unique. It could be a hike to the summit of Mount Diablo to catch brilliant views. It might be the new favorite beer you discover when exploring our thriving craft beer scene. It might even be finding your new home away from home for excursions to wine country. From diversity in dining to a vibrant music and nightlife, you’ll find a sense of harmony in Concord.

Planning a Getaway is Simple

With nine hotels, Concord offers visitors comfortable to deluxe accommodations with flexible pricing and pet-friendly options. And it’s easy to get here. Concord is remarkably accessible with an active regional airport, close proximity to three international airports and a robust transit system.

The Future of Concord

Concord is a community of innovation and has an opportunity for exceptional growth-potential under the Concord Community Reuse Project. The development of the site represents one of the largest mixed-use, transit-oriented community development opportunities in Northern California.

Put it all together and Concord is a perfect location for your next adventure. Start planning today.

The KPA Group provides architectural and structural engineering services to clients of the public sector and aviation industry nationwide. Located in Northern California we are proud to help Buchanan Field achieve their mission to create a building that offers premier aviation and emergency response services, amenities, and improved travel & work experience.

Rent our well equipped Cessna 172 airplanes and use our facility as home base for flight training, or explore California’s treasures and the West Coast.

Interested in purchasing an airplane or would you like advice on managing yours? We can help with that, too.