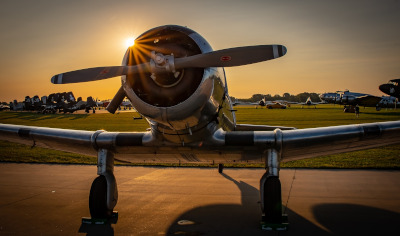 The Airport has two fixed-base operators: Southwest Aviation and Francis Aviation. Both FBOs provide aircraft fuel and facilities to handle corporate aircraft and private charters. Southwest Aviation also offers flight instruction services, as does Frost Aviation Services. The 2,193-acre Airport has three runways: 4/22 is 7,501 by 106 feet, asphalt; 8/26 is 6,069 by 100 feet, asphalt; and 12/30 is 7,506 by 100 feet, concrete. Although the Airport no longer hosts commercial airline traffic, it retains its terminal in case scheduled flights return to the facility.

“The original airport was here in town,” recounts Airport Director, Andy Hume. “It was on the east side of what was then Las Cruces, in an area that we now call the Hadley Complex. It’s been redeveloped into ball fields and city facilities. The location that we currently call Las Cruces International Airport was originally an Army air installation. It was built during World War II and was active during that time. After World War II, the City acquired it and ever since then, it has gone through various iterations as the Las Cruces Municipal Airport; at one time it was named for Mr. Bob Crawford, who was an aviation pioneer, here, in southern New Mexico; and currently, it’s called the Las Cruces International Airport.”

According to Hume, nearby Santa Teresa and Alamogordo Airports offer Las Cruces the only competition in the area for air traffic, but he believes that his facility offers several advantages. “We have amazingly open air space, pretty much, as far as the eye can see,” he states. “The southern route from El Paso skirts close by, but a good distance to the south of us, so we don’t have any conflict with major air carriers. We also have a buffer to the east of us, which is restricted air space over White Sands Missile Range and Holloman Air Force Base. So, I think that’s what really sets us apart.”

“The other thing is our amazing weather,” he adds. “You can fly 320 days a year, or more. We don’t have a lot of inclement weather – some wind in the springtime, some thunderstorms in the summer – but our weather, generally, is phenomenal. So, I think there are a lot of comparative advantages that we have, based on location and climate. The last thing is that we have three runways, so we can accommodate a lot of different sizes of aircraft. We’ve had some 737/700s come in on charter flights; we’ve had political officials come in on Gulfstream jets.”

Currently, Hume concedes that the Airport is not self-sufficient; it receives a subsidy from the City of Las Cruces to augment the fees it generates from land leases and fuel sales. But self-sufficiency is the goal and the Airport’s Master Plan identifies several areas of potential growth. “We’ve had a lot of interest in re-establishing at least one restaurant,” says Hume. “There have been talks about opportunities for a hotel to support commuter or charter flights. So, the plans are there; we just need to develop them. Also, the City of Las Cruces recently reorganized the Airport into its Economic Development Department, so there’s renewed focus on that type of extra business development outside of the aviation and aeronautical fields.”

“We’re always looking for opportunities to partner with private developers on new hangar space,” he continues. “We realize a lot of times that the investment in infrastructure is a huge cost and, sometimes, increases the risk as far as a private investment goes. The hangars, themselves, are a significant investment, so what we’d be looking to do is partner with those who want to make the investment on the private side as far as hangars and those types of buildings, where the City would go in and look at opportunities to share costs on infrastructure.” 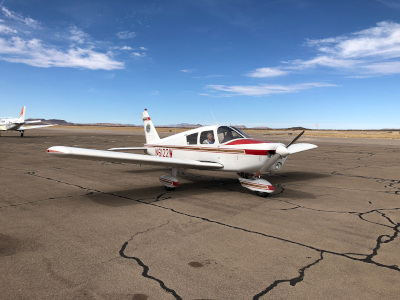 Meanwhile, Hume reports that upgrading the Airport’s current facilities is an ongoing task. “We have had some unfortunate circumstances take place over the last few years, and we are actively improving the safety and security of the Airport – that is the number one priority,” he declares. “Number two is improving our infrastructure. Unfortunately some of the investment in the infrastructure hasn’t been there. We need to upgrade our taxi lanes and aprons and runways and keep all of that infrastructure in the best possible condition, especially considering the southern New Mexico sun that we have here that tends to be a little rough on asphalt.

“One project that we are working on is the renovation of our terminal building; we’re going to renovate it in partnership with one of our FBOs and along with it, make some office space available for other uses. That is a near-term improvement that we’re going to do. We going to be working on a redesign of our main, general aviation apron; it’s been neglected for a while, so we’re going to have a significant investment in completely reconstructing that. There will be a brand new surface, new tie downs, with new opportunities for some of the larger planes to come in and park.”

“In three to five years, we want dramatic hangar expansion,” Hume says, in conclusion. “We’re working with our friends from Virgin Galactic who are relocating a lot of their operations in our area, with their Spaceport just north of Las Cruces, and, UAV (unmanned aerial vehicle) testing by New Mexico State University, with all of the air space we have here, is going to be a priority, as well. Those are the big things we’re going to be looking at. So, we have very ambitious plans. We have a great deal of support, both from the City, as well as our Airport Advisory Board and our current tenants. They understand the need for growth and redevelopment.”

WHAT: A city-owned, public airport

The Cavern City Air Terminal – We welcome everyone