Down in the extreme southeast corner of New Mexico lies one of America’s biggest oil-producing regions – Lea County. The urban center is the city of Hobbs with some 50,000 people, comprising the lion’s share of the area’s population. Oil and gas extraction has been at the heart of Lea County from the very beginning. Hobbs itself was a small group of ranches until 1927, when a discovery by the Midwest Oil Company brought wells and a refinery and the town of Hobbs was officially incorporated.

“Oil and gas productions are our bread and butter,” says Corey Needham, Assistant County Manager and Airport Manager. With the expansion of horizontal drilling and fracking, this has grown in the last 15 years and really drives our economy in Lea County.”

The Lea County Regional Airport (HOB) covers 898 acres and has three asphalt runways: 7,398 × 150 feet, 6,002 × 150 feet, and 4,998 × 100 feet. The airport, itself, employs five county staff, however, if you include the people working for United Airlines, TSA, and the airport’s two FBOs, it totals 49 employees. Both the FBOs – Christian Aero and Tailwind Aviation – have 100 low lead and Jet A Fuel, as well as full-service lounges. Christian Aero also has self-serve outside of regular business hours.

HOB was originally built on property adjacent to the airport in 1937, by the Me-Tex Supply Company. It was not until after World War II that the current property began to be used and was eventually turned over to the city. There has been a mix of commercial and general aviation since the very beginning. 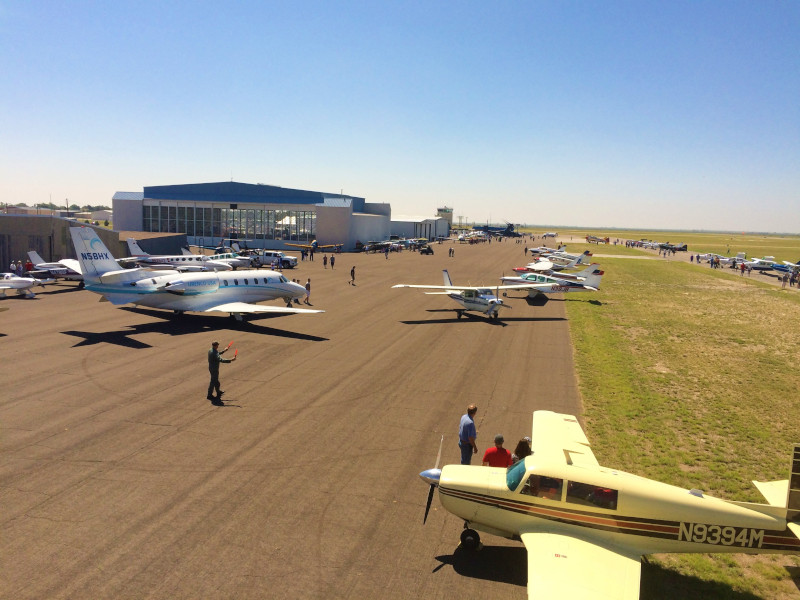 “We started commercial airline service in June of 2011 with Continental Airlines, which through mergers became United Airlines,” explains Needham. “And we have maintained twice a day service to Houston ever since. Houston was a natural fit for us because of its strong ties to the oil and gas market. Pre-COVID, we had just started Denver service and then suspended it through the pandemic, but have now started a daily Denver service again as of October.”

HOB being both a commercial and general aviation facility, Lea County owns a 12,000 square foot hangar that is leased out to pilots. There is usually a space or two left for new tenants in that hangar, while the majority of the general aviation hangars are privately owned. The airfield is home to 72 based aircraft, and there are still eight blocks of land left for individuals who want to build their hangar.

As the airport has grown, the terminal, too, has evolved over time. “In 2006, the county decided it wanted a brand-new state of the art terminal,” explains Needham, “so they tore down the old one to build the modern one. By 2011, we had already decided that we wanted to do something bigger and better. That\’s when we started the service with United Airlines – and with the 50 seaters, it was obvious that we needed more room.”

So one thing led to another… As Needham recalls, “We began the process of expanding and decided we wanted to build it to the east. But to the east was our old fire department, and so we needed to build a new fire department. It took until 2018 to relocate the fire department and prepare the land for construction. We have now quadrupled the size of the terminal, as we went from about 4500 square feet to just under 20,000 square feet. We also went from one gate to three gates. All this construction finished in January of 2021. The new terminal has all the modern amenities, such as state-of-the-art PA systems, USB charging at every seat, laptop stations at the back of the seating, and free Wi-Fi.”

He admits that this all happened with perfect timing. As the pandemic hit, they were able to open larger, well-spaced areas for passengers. Six feet distancing was easy to maintain, and it allowed them to follow all protocols while maintaining a healthy environment for their clientele.

Relationships with the community are important to Lea County Regional Airport. They not only allow people to feel more at home when coming out to the airport, but they build enthusiasm for aeronautics – whether that leads to flying as a hobby, or a career in the field. There are always field trips to the airport for the elementary schools, and then, usually in October, the airport holds an Aviation Day. 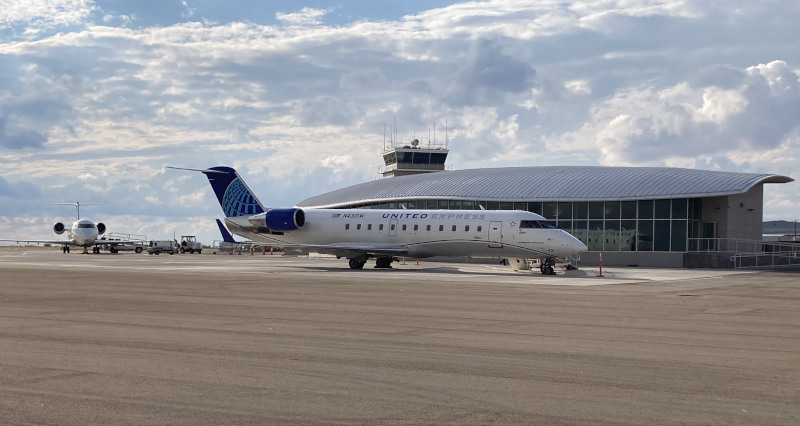 “It is a fly-in celebration,” says Needham. “We will have military aircraft – we\’ve got an Osprey that comes in, we\’ve had a C130 – and the community gets to go through those aircraft. Then we have a lot of general aviation and World War II aircraft come, there are upwards of 50 to 70 aircraft. We generally have about 3500 to 4500 people come out on those days. Just to get them familiar with the airport excites me and I love those days. It makes the public understand that it is “their” airport. Another great thing is that the Goodyear Blimp started using us as one of their mooring sites as they traverse across the nation to different sporting events. It comes in and stays overnight before leaving in the morning and that draws a pretty big crowd.”

The airport team are always trying to find ways of promoting HOB and Lea County. According to Needham, “We work hand in hand with the Economic Development Corporation of Lea County. They were the ones who got our airline service up and running and arranged a revenue guarantee with the City of Hobbs. They are also the ones who hold the contract with United, and they have the advertising and marketing responsibilities associated with the commercial airline service.”

The ultimate goal for the airport is expansion. The hope is for more routes, perhaps even more carriers. While there is constant updating and modernization happening at Lea County Regional Airport, it is done with careful strategy, so as not to interfere with existing routes and programs. The terminal expansion has just been completed, and with that, they increased the parking facilities from about 300 to 950 parking spaces. They have also recently completed an aircraft apron project that provided two more apron locations for commercial aircraft.

“Everything we build now, we are making big enough and heavy enough to handle up to 737s,” says Needham. “We are also working with the city of Hobbs – they\’re bringing municipal water and sewer out to the airport and it\’s about a 7000-foot extension which will allow us to not only tie our facilities into them but also to open up the entry area and the entrance road coming into the airport for hotel development or restaurant developments. This will create a lot of opportunity for us, not having to rely on our own private well system. All of this is following a master plan created in 2013 with Kaufman and Associates, and next year we have plans to do a master plan update to make sure that our targets and assumptions are still the same as they were eight years ago.”

Looking to the future, Needham would like to see the airport’s enplanements stabilize and come back from COVID. He adds, “I would also like to bring in more vendors and perhaps some coffee shop type space. I see that there is a lot of potential for development around the airport in the next few years. Restaurants, and perhaps even a hotel would benefit not only the airport but the community in general. We just want to make travelling in and out of Lea County Regional Airport much easier and better for people in the area.”

What: A progressive commercial and general aviation airport

An Energy Hub at the Heart of the Permian Basin

There’s an energy in Lea County, and we’re not just talking about the most prolific oil basin in the world – the Permian Basin.  Best known as the EnergyPlex®, Lea County is a major player to the world of energy.  Whether it’s solar, wind, oil, gas, nuclear – and in the future hydrogen – the EnergyPlex® really has it all.

Currently, the #1 oil-producing county in the United States, Lea County has built a family-friendly community that boasts fantastic educational, recreational and career opportunities. Wanting the most convenient way to access all that the Permian Basin has to offer?  United Airlines, operating in the Lea County Regional Airport (HOB) in Hobbs, NM offers regular routes to Denver and Houston.  From Hobbs, you are one-stop to anywhere in the world.

And just in case you think Hobbs and Lea County are too remote, it is worth noting that Hobbs has the largest retail trade area in southeastern New Mexico – with access to almost 600,000 people within a 95-minute drive time.  Hobbs and Lea County are rich in amenities (and sunshine), and free from congestion you’ll find elsewhere in the Permian.  With a strong workforce, robust education system and growing industries, Lea County is a place where your business can thrive!