The North Little Rock Municipal Airport is a public use airport in Pulaski County, Arkansas. It is owned by the City of North Little Rock, and located five miles north of its central business district. “The Airport property was donated to the City of North Little Rock in the 1950s by Camp Robinson, which is an Army/National Guard base here,” recounts Airport Director, Clay Rogers. “At the time, there was just one runway and hangars started being put up in the early ‘60s.” In its early years, the Airport served a small mix of recreational and business pilots, but in the late ‘90s, a second, 5,000-foot, concrete runway was built. Hangars and buildings were also repurposed over the years to accommodate the bigger corporate jets that began being used by businesses.

Since 2011, approximately $4.5 million has been spent on improvements, primarily to the Airport’s runways and lighting systems. “We changed all of our runway, taxiway, beacon, and signage to LED,” says Rogers. “So, we’re 100 percent LED, now. We’ve also finished some major pavement and concrete construction and rehabilitation projects. This year, we’re going to be building a new apron that will allow for six new private hangars and in 2020, we’re going to build a large new ramp off of our center taxiway that will allow the start of up to six new T-hangars.” 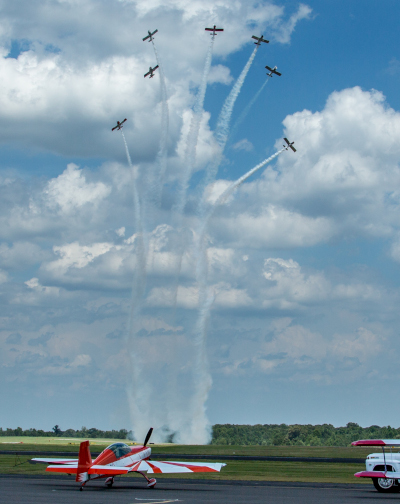 New hangar building is a priority for the Airport, according to Rogers, because there is a waiting list. “All the hangars out here were privately built over the years, on a land lease,” he explains. “Several hangars, including both of the buildings and hangars that the two FBOs operate out of, and several of the older T-hangars at the Airport, have all either been donated to the city over time, or we have taken them through the reversion clause in the lease. So, eventually, we’ll own all of the hangars out here.”

“Now, we’re trying to get funding for a$5 million project which would be for a new FBO building, a new corporate hangar, a restaurant, taking down the two oldest T-hangars and building new ones, and then building a new private hangar on an apron we just got a state grant for to build that would allow for six new private hangars,” Rogers adds. “The FBO buildings that we have out here were built 30-40 years ago, and do not accommodate the size of airport that we are now. So, our hope is to build a brand new, beautiful, state-of-the-art terminal/FBO building and have a restaurant attached that looks out over the Airport. It would be themed restaurant and destination attraction for those in the area as well as people flying in.”

Another priority for the Airport is continuing to attract more corporate and transient aviation, and in that regard, Rogers believes that North Little Rock has some definite advantages over some nearby facilities. “A lot of who we compete with in the area is the Little Rock National Airport,” he notes. “They’ve got a private side that serves the GA and corporate community. Recently their main FBO was bought out by TAC Air, which implemented a lot of new rental fees and tie-down fees that we don’t have here. So, we’re cheaper, and our fuel is cheaper. Also, we don’t have a tower and we don’t have commercial traffic, so we stress that we’re easier to get in and out of. There are a couple of other airports that we consider competitive in the sense that we know that those pilots have a choice of where they land and fuel up, but I think we stand out as far as our size and location and proximity to the Little Rock metro area’s hotels, restaurants, and night life. The GA airports in our area are a little bit farther out from the metro area. So, we’re smaller and more convenient than the Little Rock National Airport, but we’ve got better access than the other GA airports which are more removed.” 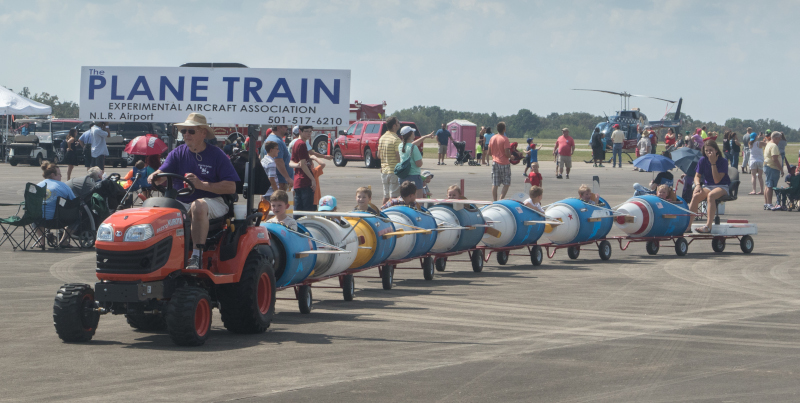 Rogers says that there have been some recent conversations about extending the Airport’s main runway to approximately 6,000 feet, as well as widening it to allow for the larger classification of jets to land there. “But because of where we are and what’s around us, I don’t think that’s a realistic goal,” he admits. “So, our goal is to work with the constraints that we have and grow the corporate side of the Airport, be a better reliever for the Little Rock National Airport, a better place for corporate jets to base here, continue to improve the amenities that we’ve got for the GA side, and allow for more hangar development.”

“I think for the first 20 or 30 years of the Airport, going back to the early 2000s, the Airport was a very small, GA community,” Rogers says, in conclusion. “The mission of the Airport has changed in the last 20 years to be a stronger location for businesses and corporate activity. We’ve put a lot of money and time into the infrastructure – the lighting, the pavement, the asphalt, and we’ve been doing all that to make a top-notch infrastructure. We’ve got what we believe is one of the best airports in the State of Arkansas. And so, now, we’re focusing on growth and economic development and serving the needs of our corporate customers.”

Check out this handpicked feature on The Tuscaloosa Regional Airport – Ready and able.

WHAT: A public use, general aviation airport