Barkley Regional Airport is located five miles west of Paducah, in McCracken County, Kentucky. The land on which the Airport sits is actually the site of the third airport that the city of Paducah has called home, though it is also the only one to have commercial interstate service. “The other two were quite small,” recounts Richard Roof, Barkley’s longtime Airport Manager. “The first one disappeared rather rapidly – there’s a mall sitting on it now. The second airport closed about eight or nine years after Barkley opened.”

Barkley was originally built as a military airfield in 1941, thanks to the efforts of then Senator Alben Barkley, who convinced the Civil Aeronautics Authority and War Department to approve the founding of what would be called the Paducah-McCracken County Airport. “The Airport was initially constructed on 550 acres, bought by the city and the county during World War II, to serve as an auxiliary, standby facility for the Army Air Corps,” says Roof. “Nothing was ever based here.” 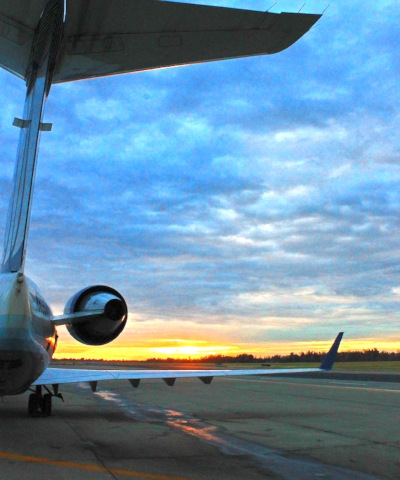 In 1945, the U.S. Government deeded the land to the city of Paducah, and McCracken County, making it available for civil use. “General aviation began immediately,” Roof says. “The ground was improved and a fence was erected around the perimeter of the property. A hangar was built in 1946 (by the Kentucky Institute of Aeronautics). The first terminal building was a converted farmhouse that was on the property. The facility, initially, had two paved runways of 4,000 by 150 feet, and two grass runways, which were also close to 4,000 feet long. Grass runways have disappeared a long time ago and I might be one of the few surviving folks that can claim to have taken off and landed on both of them.”

On April 1, 1946, Chicago and Southern Airlines landed in Paducah from Memphis on its way to Detroit, Michigan. C&S, which was later bought by Delta Airlines, connected Paducah with Houston, New Orleans, Chicago, Detroit, and Memphis. On August 14, 1949, the Airport was renamed Barkley Field in honor of the now former Vice President. With Barkley Field, Paducah marked its place on the map, as one of the first cities its size to have an airport, and one of only 400 airports in the country to have commercial air service.

“The Airport has seen considerable expansion over the years,” Roof continues. “Our longest runway is now over 6,500 feet long; our crosswind is 5,500 feet long; there are instrument approaches on all four runway ends. In 1974, the FAA opened a control tower, here, which is in the process of being renovated. Hopefully, it will be completed within the next four to five months as the controllers are working out of a temporary tower at this point.”

Like many U.S. regional airports, Barkley also saw considerable turnover of its commercial airlines over the years – Ozark Airlines, Northwest Airlink, Mesaba Airlines, and C&S’ successor, Delta – due to a combination of corporate mergers and takeovers, and, perhaps more importantly, the Airline Deregulation Act of 1978, which freed carriers to adjust their routes without the need of regulatory approval. In 2009, when Delta merged with Northwest, flights from Memphis to Paducah were terminated, and the Airport risked losing commercial air service, altogether.

The saving grace for Barkley came in the form of a Department of Transportation (DOT) program, called the Essential Air Service Program (EAS), created to make sure small communities were still able to have commercial airline service by subsidizing a single airline to schedule up to 14 flights per week between a small community and a medium or large size hub. The DOT publishes a request for bids from airlines wishing to provide this subsidized service to a qualifying small community, and the winning, and only, bid for Paducah came from SkyWest Airlines, DBA United Express, which inaugurated flights in 2010 to Chicago’s O’Hare Airport in 50-seat, Canadair Regional Jet (CRJ)-200s. “We just began our third daily, weekday flight to O’Hare on January 7th (plus two on weekends), which we are thrilled to have been able to achieve,” Roof exults.

Over the last several years, SkyWest has still been the only airline to bid for Barkley, and it has been re-awarded each time, due in large part to the growth the service has seen. In 2017 the airline carried 41,895, passengers, a three percent increase over 2016. “Number-wise, this year, we should have between 42 and 44,000 passengers arriving and departing,” Roof proffers. “Aircraft operations, in general, should run, this year, anywhere from 24 to 25,000.”

Some of those aircraft operations are general aviation traffic; the Airport is home to 42 GA aircraft, a number that Roof says has been static for several years, although with a noticeable shift from private to corporate ownership. “You don’t see the numbers of single-engine aircraft and light twins that we used to have, but the number of corporate turbine operations is up substantially,” Roof notes.

Roof reports that the Airport’s FBO, Midwest Aviation Services, as well as the Barkley Regional Airport Authority, which assumed ownership from the city and county in 2005, are both interested in building a fourth hangar on property, regardless of Barkley’s particular problem in attracting new GA tenants. “The Federal Aviation Authority’s Airport Improvement program makes general aviation airports eligible for grants for hangar funding,” Roof explains. “But, if you’re a Part 139 commercial airport such as we are, we can’t get that assistance. So, when you have a small, county airport with a three to four thousand-foot runway and they’re able to get 90 percent of a hangar built, even before any potential state participation, then obviously, their fee structure reflects the fact that their capital investment in that facility is pretty small. And, that’s reflected in the rent. Here, everything has to go on a full-cost basis, which means rent will be higher. So, we have some people who, probably, would like to be based here, but given the rent differential, it’s probably not going to happen.”

That being said, Roof adds that Barkley does have some advantages: “We’re the only airport within a hundred miles of us with instrument approaches on all four runways. We offer a 24-hour, modern facility, particularly on the FBO side with considerable services. They address about all aspects of general aviation – they have maintenance for airframes and engine, including turbine engines; they have flight instruction; they provide aircraft charter; they have an avionics shop. So they cover, just about, the full spectrum.  And because we are a Part 139-certified airport, we have a Fire and Rescue facility based here, and we have our own police department. And we plow snow. So there are those advantages that are particularly attractive for a corporate operation.” 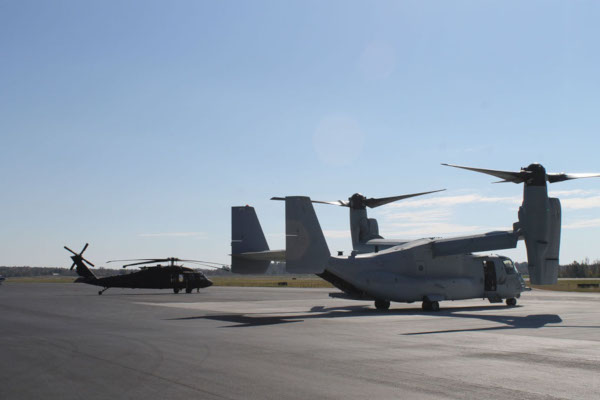 Roof says that the Airport is also looking for non-aviation businesses to populate some surplus property that has been designated for development: “This is a fairly rural part of the county and the infrastructure, other than roads, isn’t fully developed yet in terms of natural gas access, water, and electricity. The Airport operates its own wastewater treatment plant, but we’re in the process of getting a line extended from that facility to the county’s joint sewer administration, so we can decommission that plant. That will make things a little bit easier in terms of being attractive to non-aviation business, because wastewater treatment would be available through that system. Gas lines would have to be brought in – that’s probably somewhat of a hindrance for one side of the airport, but electricity is easy to bring in. We do have about a 10-acre site that, basically, is fully-developed with all of those, so we’re, obviously, looking for clientele. And we have property on the southwest side that would not be in conflict with FAA’s Part 77 airspace requirements, so it would also be available for non-aviation purposes.”

Meanwhile, renovations and improvements at Barkley Regional, the 5th busiest airport in Kentucky, are ongoing. “We just came out of a resurfacing of about half our taxiway network and we have 75-80 percent of our taxiway lighting systems now based on LEDs,” Roof reports. “We’re hoping to finish that out within the next year, as well as do LEDs on the primary runway, and, possibly, the secondary. In terms of other things, the Board is currently considering a new terminal building because the core building that we have now, even though doubled in size, goes back to 1954. So, it’s increasingly difficult to meet TSA security standards in a building that was never envisioned to do that sort of thing. So, that’s one thing that we’re looking at very strongly. It would be in a different location, a different sector of the Airport, which means, along with that, as time goes by, the Airport fire station would have to be moved to that new site, as well as the Airport equipment building where we house our mowers and snow plows and other service vehicles.”

“We’re currently in the middle of a Master Plan update and that may contain some other suggestions of where we need to go,” Roof says in conclusion. “The Airport Authority has investment plans for both landside and airside improvements as well as investment in technology to improve passenger experience and operational capabilities, and we hope to improve the customer satisfaction experience through new modern facilities and additional services such as a full-service restaurant and shopping opportunities. The Authority will also continue to seek opportunities for additional air service, such as its recent successful efforts to acquire a third Chicago flight.”