The Four Corners Regional Airport is located in Farmington, New Mexico, the place where outdoor lovers and active families thrive. Situated on a high mesa near the confluence of four states – Arizona, Utah, Colorado and New Mexico – the Airport has two asphalt-paved runways: 5/23, which measures 6,500 x 150 ft., and 7/25, which measures 6,704 x 100 ft.

Originally known as Farmington Airport, Four Corners Regional became a municipal airport in 1941. It began offering commercial passenger service in 1947, with Monarch Airlines, which flew to Albuquerque and Denver, and then, Salt Lake City. Monarch and two other carriers all merged in 1950 to create the original Frontier Airlines, which continued to serve Four Corners Regional, adding flights to Phoenix, until 1986. Other airlines that serviced the Airport over the years include: Mesa Airlines, which was founded in Farmington and had its headquarters there for many years before moving to Phoenix; Air Midwest; Aspen Airways; Trans-Colorado Airlines; Sun West Airlines; Rio Grande Air; America West Express; Continental Express; United Express; American Eagle; and US Airways Express. The last airline to serve Four Corners Regional was Great Lakes Airlines, which stopped flying in November 2017, citing a pilot shortage which led to frequently delayed or canceled flights. 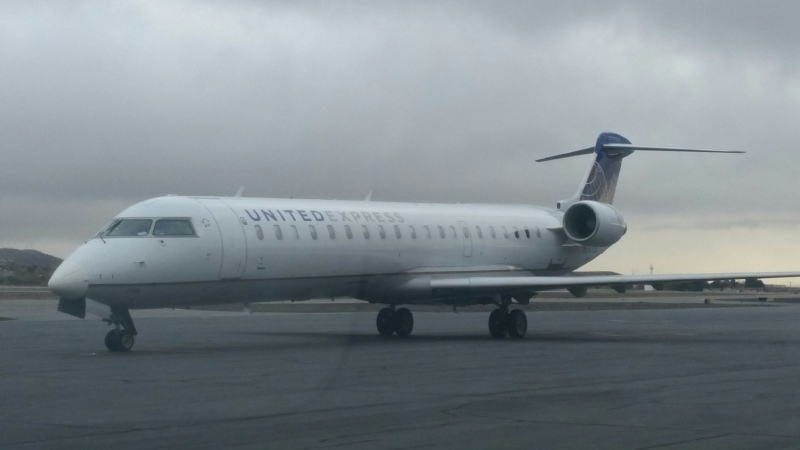 Today, Four Corners Regional Airport offers on-demand charter flights via Vernon Aviation, and is home to 131 general aviation aircraft, including single and multi-engine aircraft, helicopters, and ultralights. “According to the latest New Mexico Department of Transportation report, our Airport contributes nearly $23 million annually to the local economy,” notes Airport Manager, Mike Lewis. “We’re second in the number of general aviation operations with 11.5 percent of the New Mexico total; and we’re 7th in the number of based aircraft, with 5.5 percent of the total aircraft based in New Mexico.”

“We also provide 24-hour capable facility for aviation activity, including air ambulance and medical transfer flights,” he continues. “We support the mission of all branches of our military; we provide a base for FedEx and UPS; and, of course, we provide hangars and facilities for the locally-based, general aviation community.” The Airport also has a full-time Aircraft Rescue and Fire Fighting (ARFF) unit and Atlantic Aviation, the onsite FBO, offers hangar space, aircraft maintenance, fuel, in-flight catering, a flight crew lounge, and flight planning services. “We also have flight instruction provided by Russell Gervase of Community Aerosports LLC, with two aircraft based on the field,” Lewis adds, “and he stays pretty busy.”

The big news at Four Corners Regional is that commercial passenger service should soon be returning to the Airport. “Our recent extensive marketing study and found that 231,000 people live within 90 minutes of the Four Corners Regional Airport and most of the traffic now drives to and from Albuquerque (3 hours away) to get on a flight,” Lewis relates. “So, we’ve been working with Skywest Airlines to inaugurate regional jet service out of Farmington, and so far, the schedule looks like we’ll be starting that service sometime in mid-2020.”

In order to get the Airport ready, the City of Farmington, which owns Four Corners Regional Airport, received a $3.45 million grant from the FAA to extend the safety areas on either end of the runway. In addition to the extension, the airfield will be repainted and will receive fog sealing to extend the life of the runway. “It will step up the runway reference code from a B-II category to a C-II,” says Lewis. “That will allow Skywest to be able to operate regional jets into the Airport. Flights will be going to Denver. We analyzed all of the possible hubs in the area, and Denver offered the greatest number of connections. It will be a United Express operated product, and Denver is a big hub for United.” In addition, the Airport received an $850,000 Small Community Air Service Development Grant from the FAA, which will help pay for marketing and assist with the return of air service to Four Corners Regional Airport. 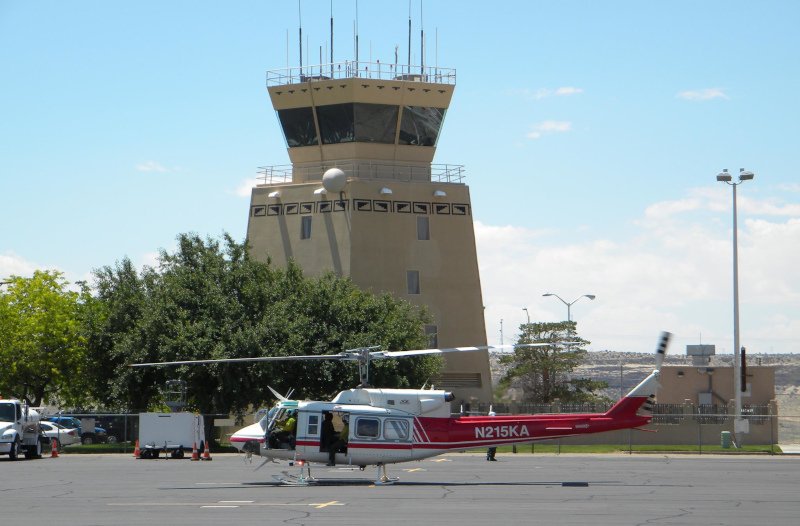 “It looks like we are going to have to expand the boarding area to accommodate a 50-passenger jet, and  have engaged an airport terminal architect to take a look at what options we have for making that happen,” Lewis remarks. “I also have recently spoken to TSA to give them a heads up that we’re very strongly anticipating air service to start in mid-2020. They’re waiting for a definite letter of intent from Skywest Airlines and we’re in the process of trying to secure that letter. That will kick the ball off for them to be able to expend resources in bringing the Airport back up to the TSA standard. Some of the security equipment has been moved out, but a lot of the other facilities are still in place. It shouldn’t be a real big deal to have them reoccupy the office space that they had, and so forth.”

Lewis is convinced that once passenger service returns, the Airport will be able to bring traffic back from Albuquerque, which is a three-hour automobile drive away, and Durango, as well, based upon Four Corners’ physical advantages. “We have two runways oriented differently into the relative wind, so we usually never have any kind of a crosswind issue, whereas Durango has a single runway, and sometimes flights divert from there to land here to wait for the wind to either change direction or speed so they can return to Durango. We also have an air traffic control tower and Durango doesn’t.”

“Farmington and the Four Corners Regional Airport have enjoyed a long history of continuous air service since 1947 when Monarch airlines first offered flights to Albuquerque and Denver,” says Lewis, in conclusion. “Although we lost commercial air service at the end of 2017, we can now look forward to restarting service as early as the summer of 2020 with an upgraded airfield and more robust aircraft. While we have the funds to help advertise and boost this service at its beginning, it will be up to the community to, once again, choose to fly Farmington and continue the more than 70-year-long history of commercial airline service that our community has enjoyed.”

WHERE: In San Juan County, New Mexico, a mile northwest of Farmington

Farmington, New Mexico is set in the scenic Four Corners area and is a perfect destination for exploring nature, whether through an adrenaline filled four-wheeling adventure in the Glade Run Recreation Area or taking in history with a hike at Chaco Canyon National Historical Park.

A number of adventures await for families and outdoor enthusiasts alike. Request a free vacation guide and start planning your adventure at FarmingtonNM.org.