Montana on a budget

Great Falls, Montana derives its name from the famed set of five waterfalls that presented such a formidable obstacle to Lewis and Clark’s 1804 river expedition westward, out to the Pacific Coast. Today, it’s the third largest city in the State, home to the Lewis & Clark National Trail Interpretive Center, the C.M. Russell Museum Complex (displaying the work “Cowboy Artist” Charlie Russell), and adjacent to Malmstrom Airforce Base. It’s also the site of the Great Falls International Airport, a public/military airport established in 1928 with a long-living history of its own.

“The airport pre-dates World War II, but it had a pretty substantial growth spurt during the war,” says John Faulkner, Great Falls International Airport Director. “This is where the Ferrying Group sent the Russia-bound airplanes from. The Airport hosted an Airlift Wing from the Army Corps, as well as a Russian contingent that inspected the planes before they headed up to Alaska, and then onto Russia. A lot of the infrastructure that the Airport had in its early days was left over from that program.” 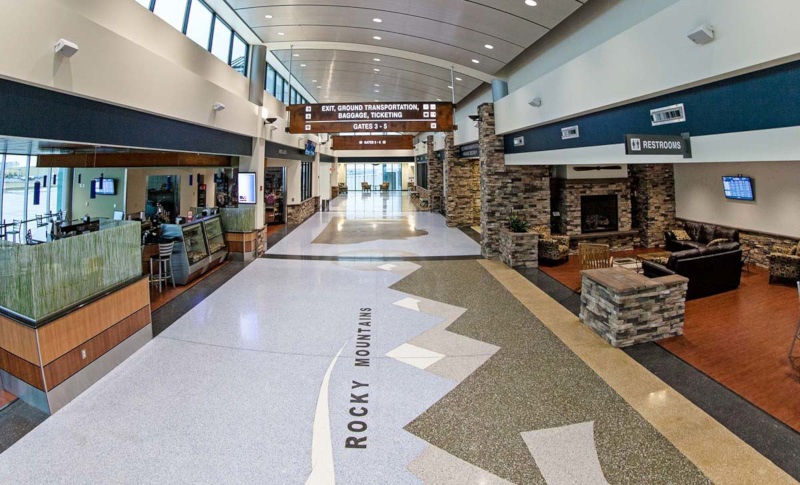 It’s estimated that more than 7,500 bombers and fighter aircraft passed through Great Falls on their way to Europe and the Pacific during the war years. “It was just an immense number of airplanes that flew through here during that time,” shares Faulkner. “The four-runway configuration, back then, kind of came out of that. There were WASPs (Women Airforce Service Pilots) who delivered planes to the Airport as well. In fact, the last WASP killed during the war was killed here in crash towards the end of the program. There’s rich history here.”

At the opposite end of town, about 10 miles east of the Great Falls International Airport, is Malmstrom AFB, which closed its 12,000-foot runway to fixed-wing traffic in the 1990s. Since doing so, the Great Falls Airport has been supporting all fixed-wing military aircraft visiting Malmstrom AFB. “They’re a Minuteman base,” says Faulkner. “We have Russians that come to visit us routinely on START inspections and other military inspections of the missile field. There’s this constant involvement of the Russians around the history of this Airport, which is bizarre.”

The Great Falls International Airport remained under government control until 1948, when the Department of Defense deeded it back to the City of Great Falls with the proviso that the facility could revert to military control in a national emergency. The Airport was released from this clause in 1961 and is currently owned by the Great Falls Airport Authority, which became its official sponsor by FAA rules in 2001.

“We’ve always maintained some military presence,” Faulkner admits. “We house the Montana Air National Guard C-130 Wing. Even in the last 10 years, they were a fighter base. We used to have F-15s and then F-16s. Prior to that, back in the Cold War days, they hosted several attack bombers and air superiority fighters to protect the northern border.” 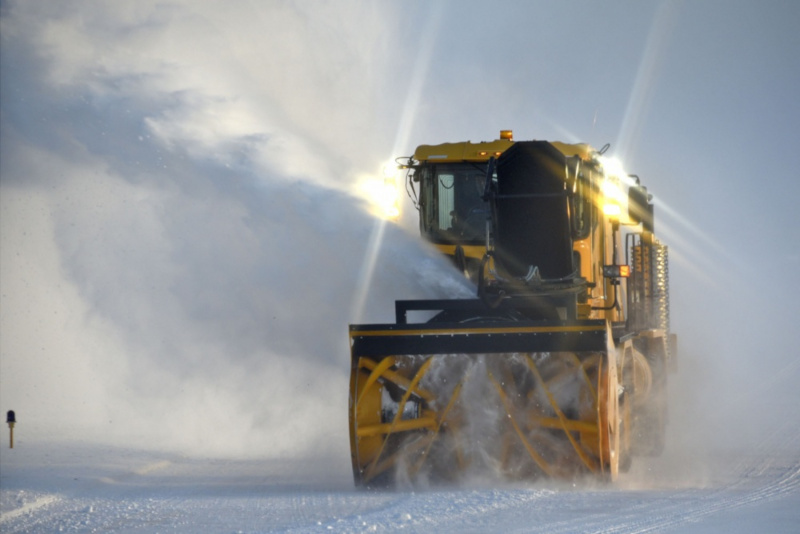 Today, the Great Falls International Airport lands four of the major airlines (United, Delta, Alaska, and Allegiant), maxing out at 15 inbound/outbound flights per day and accounting for roughly 180,000 boardings every year. The State’s sole FedEx base also operates out of Great Falls, consolidating shipments from Montana, Idaho, and Canada onto daily freighter flights to Memphis. “If you’re from the higher end of corporate aviation and you rely on reliability—like a FedEx, where you need to get in here, every day, no matter what—we have that Category III runway and no one else in the State has one,” Faulkner confirms. The Airport’s 10,500-foot runway is among the most advanced in the country; equipped aircraft can operate at the Airport in nearly all weather conditions.  “For our elevation, that is a substantial runway,” Faulkner says.

“We have terrific infrastructure for the airfield. It’s a key component of our strategic advantage. That, and we’re affordable. Many of the other Northwest airports have grown dramatically. The communities, even, have grown dramatically in the last 20 years. Great Falls just sort of missed that development cycle. We really feel we’re kind of Montana on a budget up here in Great Falls. If you want to be in Montana, Great Falls is a great place to do that at a reasonable cost.”

The Great Falls International Airport completed paving work on its alternative, crosswind runway about three years ago—the major part of a $10.3 million project. “That was another nice investment for us,” notes Faulkner. “We got it over 6,000 feet, which means that most airplanes on most days that are active in Montana can take off on that runway.” Most recently, Great Falls completed its utilities expansion into the General Aviation (GA) Area, extending major water mains—one 12- and one 16-inch water line—to support foam systems in the larger hangars.

“We’ve got sewer and electric in that area, too,” Faulkner says. “It opened about 20 acres of GA development, getting those utilities down there. Next, we’ll be renovating the roadway system; we’ll rehabilitate all the roads on the Airport. After that, we’ll bring some minor modifications to the terminal; just some renewal, some aesthetic upgrades. In three or four years, we plan a non-secure side airport expansion: renovated ticket counter space, and some other renovations to the pre-security side. We just did the post-security side back in 2013. It opened at the end of the year. We have an expanded checkpoint, a new concession area, and some new terminal seating areas there. Now we’re going to come back and pick up the pre-security side; dress that up a little bit, too.”

Eagle Jet Solutions, one of the Great Falls International Airport’s newest tenants, has just opened the largest private hangar in Montana. Capable of holding two Boeing 737s, the 40,000-square-foot hangar is the first project in a 20-acre aviation park being developed by the Airport Authority. “Their business plan assumes that many of the other airports can’t accommodate 737s, and that most of these other airports are full for GA airplanes,” shares Faulkner. “They believe there’s an opportunity to have planes repositioned to Great Falls.” Other tenants of note within the Montana Aeroplex development include I-State Trucking Service Center, Love’s Truck Stops, Fleet Maintenance Service, and Avmax. “When you look at every business that’s out here, it’s about 500-600 people who report to work on the hill,” Faulkner says. “Avmax – they’re capable of any type of work on regional jets, and through their Calgary operation, even much larger jets. Having them on our field is special. Having FedEx up here is very special. It’s just a rich aviation community up here to support businesses and pilots that want to move in.” 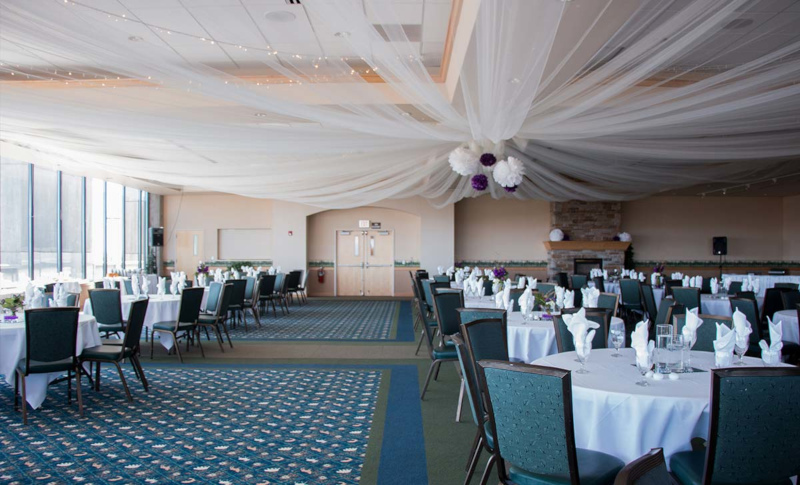 The facets of value the Airport presents for its neighbors are plenty and multiplying. “You really can’t go wrong with Great Falls,” Faulkner insists. “There are only 50 Category III airports in the whole country, and we have one of them. We’ve made major investments in snow equipment to ensure that we’re reliable, mostly for FedEx and, on top of that, the Guard. They need to fly at a moment’s notice, so our infrastructure is maintained in a world-class fashion. There aren’t a lot of airports our size, particularly in our region, that can offer the amount of value we provide. We’ve got a lot of vacant land—land is a scarce resource. And we’re very pro-business up here. We want to see development. Our Board wants to see development. We always try to work closely with interested parties to get their projects situated. There’s a lot of flexibility here to help folks develop aviation infrastructure.”

“The large hangar—Montana’s largest hangar—that just opened a couple of weeks ago. That happened because someone saw us doing some utility work and they asked us what we were doing,” Faulkner recounts. “That business got relocated here from outside the state because of the ease of access and the amount of investment in infrastructure we have. From the time they walked into our office and asked what we were up to, to the time that project had its foam test a couple of weeks ago, that was just two years. When you think about everything that was accomplished to make that happen, it’s pretty remarkable. We had to widen taxiways to allow 737s into that area. We had to build major waterline into the area for the foam system. That’s really a testament to our pro-business attitude.”

WHERE: Southwest of Great Falls in Cascade County, Montana

The Bozeman Yellowstone International Airport – Staking out the middle ground