A view to the future

The town of Bedford Falls, home of the Old Bailey Savings and Loan and the fictional setting of the famous movie ‘It’s a Wonderful Life’, was supposed to be just Anytown USA. But one could be forgiven if they thought it was in Indiana County, Pennsylvania. After all, that is the birthplace of James Maitland Stewart, better known as Jimmy – the Academy Award-winning actor who graced our screens for decades and got his start as George Bailey in 1946.

Indiana County – a rural area filled with adventures both indoors and out, a Jimmy Stewart Museum, and the Christmas Tree Capital of the world. It is also the home of Indiana University of Pennsylvania, and the Indiana County Jimmy Stewart Airport. It’s true, Jimmy Stewart was also an amateur pilot. He enlisted in the Air Force in 1941 and fought as a fighter pilot in the European theater, attaining the rank of Colonel. Afterwards, he served in the reserve and was promoted by President Ronald Reagan to Major General in 1985. Today, his namesake airport is becoming recognized as an important asset to economic development in the local region.

“For the last few years, I have been trying to raise interest in aviation, while at the same time improving the Indiana County Jimmy Stewart Airport,” says Rick Fuellner, Airport Manager. “This is a quiet area, but we still have some coal mining and three power plants in the county. Those, and the Indiana Regional Medical Centre account for most of our corporate traffic.”

This is not to say that the airfield is not busy. They have been working on a program with the school board, trade schools, and community college to develop a curriculum that will be run out of the airport and will teach aeronautics as a trade. This also means bringing the flight school, Innovative Aviation, on board. Fuellner reports, “We have reached out for some FAA grant money and we are going to be using that for infrastructure, but more specifically we are going to be bringing in a full-motion flight simulator that the school will have access to. I think it will be an amazing addition to the flight school in their operation.” 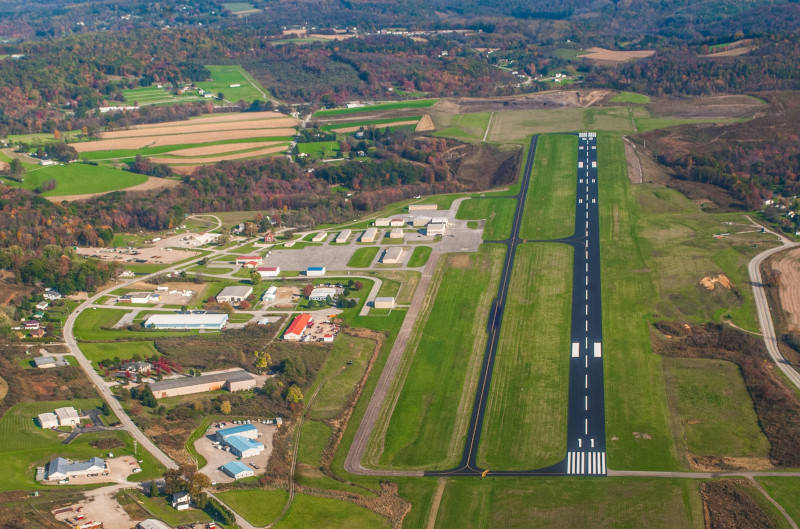 One significant infrastructure project has to do with creating a taxiway to bring the airport into compliance with new FAA regulations. Previously, access went directly from the hangars to the runway, and this would potentially cause encroachment issues. Last year saw the creation of a self-service fuel farm which opened on the 31st of December, 2020. This has certainly boosted fuel sales as well as stopovers after hours. A pilot lounge on-site with a key card entry system makes it very easy for transient pilots to stop. Last year, the airport also got a new aviation maintenance facility up and running. Advanced AeroWorks and Avionics, owned and operated by the same person that owns the flight school, has brought the services available at Indiana County Jimmy Stewart Airport to a whole new level.

“One of the things that I am really excited about,” says Fuellner, “is that we were approached by some individuals who would like to put a coffee and sandwich shop in the airport. We reviewed the plans and decided to transform part of the terminal into a small kitchen area, and then the main terminal part will house some seating areas and a counter serving area. They are going to be serving breakfast and lunch for now, but we hope to expand the restaurant after it takes off. We are in an area of town where you have to drive a few miles to get something to eat, or even a cup of coffee, so this is going to change things up.”

All of this comes during the second phase of re-working the airport master plan. Fuellner admits that they are jumping the gun a bit when opportunities arise, but it is all working together to create a bright future. The master plan will see many infrastructure improvements, including much-needed hangar development. They have begun the process of building a new 100 by 120 corporate hangar, but more general aviation T-hangars are coming up after that and then perhaps another smaller corporate hangar. The waiting list starts to fill up as soon as the plans are announced. There is plenty of room for more development, even for a jump school that Fuellner is hoping to bring on site.

He notes, “Our Experimental Aviation Group has taken off as well. They are developing a new program to try and get people interested in aviation through the building, or rebuilding, of an aircraft. We have enough talented people on the field when it comes to the EA chapter and instructors and the flight school and the maintenance facility here that all these people have agreed and have a vested interest in the program. We have two airplanes that have been offered, one is an old Taylorcraft and the other is an experimental airplane. We are also going to have a dedicated spot in one of our hangars for the construction.” 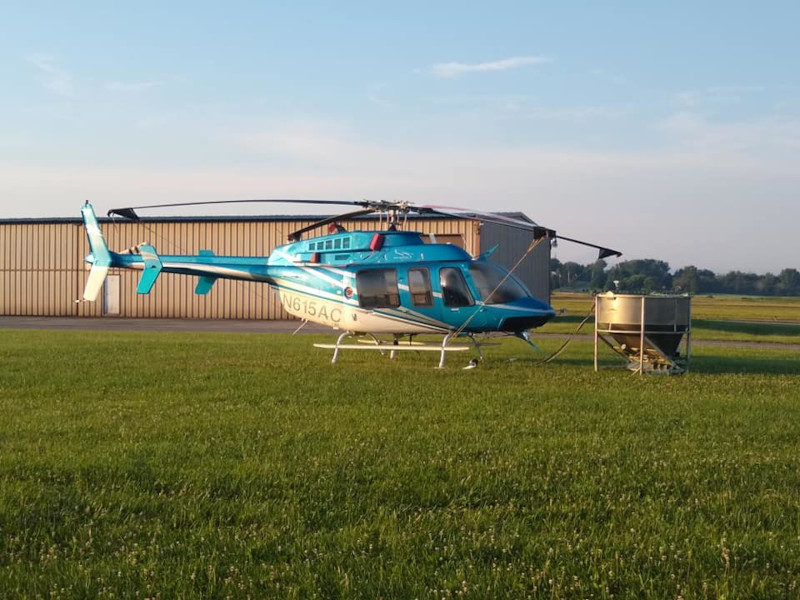 For Fuellner it is all about exposure and trying to change the perception of the airport as a “Rich Man’s Club”. He wants people to see that an airport is a place that can be important for the whole community. In 2022, they will be having aviation summer camps for the first time, and they will also be hosting the second year of their brand-new air show, which was s big hit last summer. They have even been working with a local company to host a paper airplane contest. It is all about finding different ways to pique the interest of the consumer.

“It’s all about perception,” Fuellner admits, “and all of these events are springboards to bring in more usage and more income. We have popcorn and hotdogs on Saturdays now, for example, and people will fly in to get some – it is just the simple stuff that makes a difference. We have also added a 5K race this year to our air show as a charity event for our local food bank. It was wildly successful, and I heard runners say they came out to be in it just to get to run on the runway. Just something original that went over really well.”

Looking to the future, Fuellner adds, “The biggest thing that I want to see is the runway rehabilitation. It would be nice to increase the pavement strength so that we can land almost anything. And then probably my second biggest thing is going to be the restaurant. I think this is going to add so much to the airport and I am going to push to see it happen. We are also going to be moving a T-hangar and repositioning it so that the restaurant has a great view of the runway. It will boost the community here a lot.”

What: A popular, general aviation airport