IBAC was originally founded in 1981 by six national member associations in order to represent the interests of business aircraft operators on a global level, particularly with the International Civil Aviation Organization (ICAO), a specialized agency of the United Nations that adopts standards and recommended practices concerning air navigation, aviation safety and security, airport infrastructure, passenger and cargo facilitation, and environmental sustainability. ICAO also defines the protocols for air accident investigations that are followed by transport safety authorities in countries that are signatory to the Chicago Convention on International Civil Aviation, the foundation for the global civil aviation regime first established in 1944 by 52 countries, and which, today, has 193 members.

“What these six member associations recognized was that there was no association or organization representing the interests of business aircraft operators at ICAO; business aircraft being any aircraft that an individual user/operator uses to get from Point A to Point B for work or business-related purposes,” explains Kurt Edwards, IBAC’s Director General. “And they wanted to make sure that our industry be present there to ensure that the interests of our operators were being taken into account, because not every airplane that’s flying around the world is a large, commercial transport aircraft.”

Today, IBAC’s membership is made up of 14 national or regional business aviation associations from around the world. Its largest association is the U.S.-based National Business Aviation Association (NBAA), with approximately 11,000 members. Other associations represent business aviation operators in Canada, Brazil, Australia, Japan, China, India, the Middle East, Africa, the UK, France, Germany, and Italy, as well as the European Business Aviation Association which covers the entire European Union. IBAC has 11 full-time staff based around the world, plus several contract employees. “Our principal office is in Montreal,” Edwards notes. “We have three full-time employees there, and the remainder are spread out in the U.S., Brazil, Belgium, and the UK.”

Edwards explains that IBAC has three core areas of focus: “The first is our work in Montreal with the International Civil Aviation Organization and its bodies around the world.” As an example, he relates a situation that took place in 2009, when IBAC took it upon itself to redraft and update an outdated section of an annex to the Chicago Convention document that was important to the business aviation community. “When we handed it over to the ICAO’s Air Navigation Commission, it was welcomed as the first significant chunk of the Chicago Convention that was revised by industry and accepted without any significant change by the organization. This is the type of work that we do. We want to make sure that the standards that apply to us, globally, are relevant and appropriate.”

Safety is at the center of IBAC’s second and third core areas of concern. Its two best safety practices programs for its members are: IS-BAO (the International Standard for Business Aircraft Operators) and IS-BAH (the International Standard for Business Aircraft Handlers). “Safety is always a key issue,” Edwards maintains. “Business aviation, from its start, has always emphasized safety.” 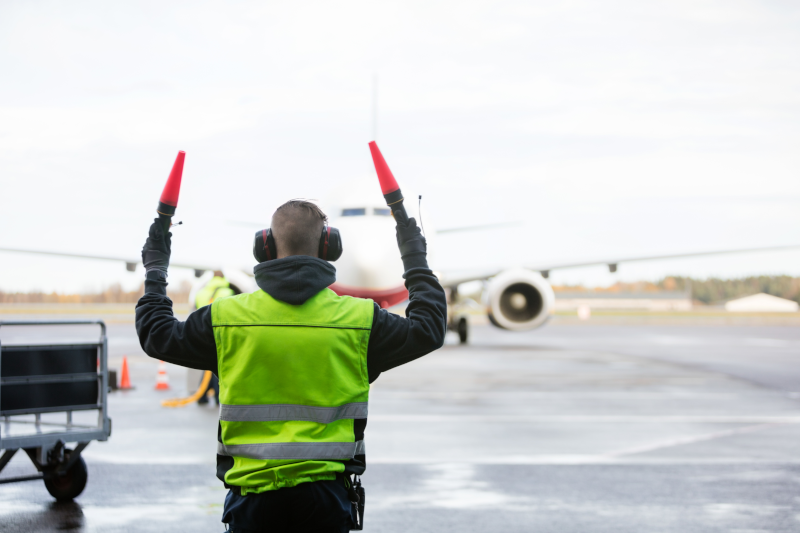 IS-BAO was developed by the business aviation community and is maintained by the community via the IS-BAO Standards Board, a group of business aviation subject matter experts nominated by IBAC Member Associations. IS-BAO builds on the excellent safety record already established in business aviation. The program centers on the Safety Management System (SMS) concept and leads the operator from establishing principles, to achieving an effective SMS, to eventually attaining a risk-averse, generative safety culture. Audits are conducted every two years and ensure conformance with the standards and recommended practices. The audits also provide valuable feedback to the operator. The registration certificate issued upon successful completion of an audit serves as proof of conformance to the IS-BAO, which is aligned to the relevant ICAO standards and recommended practices.

IS-BAH offers Fixed Based Operators (FBO) and Business Aircraft Handling Agents (BAHA) a scalable, industry-developed code of best practice centered around SMS principles adopted by ICAO and other operations-critical industries. “The IS-BAO and IS-BAH programs are what we’re, perhaps, best known for,” Edwards remarks, “because we’ve worked with the industry to establish these codes for safety practices that have then been taken up around the world and reflect the work that we’ve done to make sure they’re aligned with ICAO and support safe and efficient international operations.”

IBAC is also actively focused on the area of environmental sustainability. “Since 2009, we have recognized that we have to take steps, ourselves, to mitigate, and ultimately reduce, our carbon footprint,” Edwards asserts. “For the last ten years, we have been striving, as an industry, to improve our fuel efficiency by two percent every year. From 2020, onward, we’ve agreed to an aspirational goal of carbon neutral growth. We’ve been focusing on that for a couple of years in terms of getting messaging out on it, but also in terms of helping many of our members participate in a global carbon-offsetting scheme, known as CORSIA, that has been established by the International Civil Aviation Organization.”

“The last goal that we’re working on, right now, which is more long-term, is reducing our carbon emissions by 50 percent by 2050, relative to 2005,” he adds. “And there are several ways of getting there. One is making operational improvements, modernizing our infrastructure so that air traffic management becomes more direct and efficient. Then, there are technologies related to composites that make aircraft more streamlined and aerodynamic. Another key component is the use of sustainable aviation fuel, and that’s been a major focus of IBAC and other industry associations, EBAA, GAMA, NATA, and NBAA, that make up the Sustainable Aviation Fuel Coalition. We’re calling for governments to put in place positive policies that would encourage or incentivize the production and use of sustainable aviation fuel; it’s a demonstrated technology that can be used, now, in current aircraft engines, and it’s important to find pathways for developing it further.”

In the end, Edwards believes that IBAC’s advocacy is key to making sure that the things that matter to the business aviation community are taken into account on a global level. “Governments don’t just put in place standards for safety, or airport access, out of nowhere,” he states. “They come from a United Nations agency and the associations working on their behalf to get it done. This association has had and will continue to have an outsized impact for the industry.”

WHO: The International Business Aviation Council

WHAT: A non-profit trade association