The Ithaca Tompkins Regional Airport (ITH) is a public-use airport in upstate New York that supports commercial and general aviation. Located just ten minutes from Cornell University and downtown Ithaca, the Airport is close to many destinations in the Finger Lakes, a popular leisure and recreation area. The Airport also serves as a national and international link for Cornell, Ithaca College, and the area’s major employers. ITH is home to three major carriers; United Airlines, American Airlines, and Delta Airlines, as well as fixed-based-operator, Taughannock Aviation Corporation, a charter service provider.

The City of Ithaca has played a major role in the development of the nation’s aviation industry, starting in the early 1900s, when a group of Cornell students formed an aeronautical club. The club had 80 members by 1903, when the Wright Brothers made their historic, first sustained-power flight. In 1914, the Ithaca Board of Trade invited aircraft designers, William T. and Oliver W. Thomas, to establish an aircraft manufacturing plant in the city. Formed near the conclusion of World War I, the Thomas-Morse Aircraft Corporation became best known for its Thomas-Morse Scout.

The city’s first airfield, the Ithaca Municipal Airport, is believed to be only the second airfield in New York State, located near an inlet to Cayuga Lake. In the years following World War II, Ithaca Tompkins moved to its current, hilltop location, which was an airfield that the Cornell Aeronautical Laboratory had constructed during the conflict. The University granted the Airport to Tompkins County in the ‘50s, and, gradually, flight activity moved from the old airport down on the lake to the new one. During those early days, the airfield was home to Robinson Aviation, which later became Mohawk Airlines, the precursor of American Airlines, Allegheny Airlines, and US Airways.

Ithaca Tompkins remained a small municipal airport throughout the 1950s, but activity picked up as the commercial airline industry began to flourish during the 1960s. Today, ITH hosts half the region’s commercial air traffic, and is an important driver of the area’s economy. “Our community is unique in that we are very globally connected,” explains Airport Director, Mike Hall. “Roughly half of our passenger flow is inbound to Ithaca, whereas, more typically in this region, 70 percent of the traffic is outbound to someplace else. So, we’re the real hot spot, and we continue to grow a couple of percentage points a year, while much of upstate New York continues to struggle and decline economically. Obviously, the cornerstone of the economy is upstate New York’s largest employer, Cornell University, a top-20, global research university. People think of that as students coming to go to school, but actually the impact is far broader; it has to do with intellectual property developments, spin-offs, start-up businesses, etc. So, we’re fortunate that we have that as an underpinning to our economy, and we’re big on economic development and investment, here.”

“A lot of people think of airports as a place where you can go to catch a plane to go someplace you want to go on vacation,” Hall continues. “That’s true and that’s important. But, more important, perhaps, is having the influx of people, ideas, and investment that allows you to have a strong enough economy so you have the money to go someplace. The mantra for the Airport is: ‘We speak your language; we cook your food; we celebrate your music; you’re welcome here.’ Queens and Tompkins are the two most diverse counties in all New York State. We try hard to be an inclusive society and we’re pretty successful at it here. And that diversity is reflective of our global engagement. I believe it’s also reflective of our success, because we are able to harness the energy, the ideas, and the investment from the entire planet, not just from our local surroundings. And that makes us a richer, more agile, and growing society. And that’s all built around the Airport because in the Finger Lakes region, it’s not a very good place to run roads; the main east/west roads are to the north and the south of us, and there are always lakes that you can’t cross. So, we don’t have canal boats, we don’t have trains, we don’t have a super highway, but we’ve got an airport. And the Airport is really the center of the economic development activity for the community that allows it to be globally connected.”

“There’s an economic development entity in Tompkins County called TCAD – Tompkins County Area Development. They’re the folks that look for opportunities to bring businesses in and works to keep established businesses successful and in the community,” Hall adds. “We are a tool in their tool kit; we’re a tool for economic development. When you’re integral to the area’s economic development, you have service. We’ve got three airlines going to 750 one-stop global connections; that’s pretty impressive. We wouldn’t have that if we weren’t the economic powerhouse that we are. When you invest in aviation, and develop in the right way, you’ve got yourself a good asset in building jobs and strengthening your economy.” 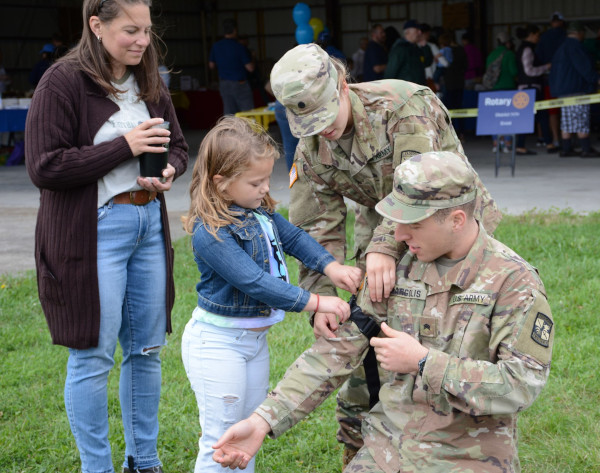 In order to keep up with the area’s, and the Airport’s, growth, Hall reports that ITH is currently halfway through a terminal renovation and expansion project that will increase the size of the aging facility by about 40 percent. The $30-35 million cost is being split by the State of New York ($14.2 million), the federal government via the FAA ($10 million), and the remainder from a variety of local sources. “The terminal was built 25 years ago and had run out of its service life,” Hall notes, “including the fact that the physical layout was not compliant with post-9/11 security regulations. For example, the baggage feeding machine was on the front side of the counter and not the back. New York is deeply invested in improving its terminals – LaGuardia, Rochester, Syracuse have already been completed.”

Hall would also like to build more hangar space for the Airport’s general aviation aircraft as soon as the terminal project is complete. “We are also building a customs facility, and that will make us Ithaca Tompkins International Airport,” he says. “And that will be the next step to having more business-based aircraft. We just haven’t gotten there yet.”

Another project on the drawing board at ITH is the establishment of a new flight academy. “That will be built next year, and, once again, if we hadn’t had the terminal project, we probably would have had the flight academy built at this point, but it had to be second to that huge project,” Hall acknowledges. “We’ve got the concept of what we want to do, and we have a site to build it. In order to have it located in the flight training neighborhood of the Airport, which is where it belongs, on a separate ramp with the East Hill Flying Club, we had to move the fuel farm. The fuel farm has been there for many years; the Airport grew up around it. But, it wasn’t a good situation. We had a mixture of student aircraft and trucks all converging at the same spot. So, with the help of the State of New York again, we are moving the fuel farm to a remote corner of the Airport, where there won’t be the conflict between delivery vehicles and airplanes – particularly airplanes with students in them.”

In other news, Hall reports that the Airport is working on several alternative energy initiatives. It has taken the terminal off of the natural gas hookup and replaced it with ground-source heat pump heating and cooling. The Airport is also going to be putting up solar panel carport covers in the terminal’s parking lot. “We get a lot of snow here, so it’s nice to have cars in a certain part of the parking lot that’s covered,” Hall says. “We chose to cover a certain number of parking spots at the Airport, both practically and symbolically, with solar panels.”

Finally, Hall says that ITH is aiming to be a completely solar-powered facility in the future. “It happens that there’s a power plant not far from the Airport that burned coal,” Hall remarks. “That, of course, is not an economic alternative, now; coal plants are headed out. This plant intends to repurpose itself as a data center and cloud storage site, and that’s a facility that needs a lot of power coming into it, instead of going out of it. They have a lot of surrounding land that they’re going to turn into a large solar field, and we’re trying to arrange with them to feed a circuit at the Airport, which would allow us to be powered by renewable energy. It’s an important, visible leadership step on the part of the Airport, and it’s certainly important to our future. If done properly, it will have a significant impact on the economy and the environment.”

WHAT: A public-use airport that supports commercial and general aviation

Schuler-Haas Electric Corp. Greatly appreciates being a part of the Ithaca Tompkins Regional Airport Expansion. The company has been part of the Ithaca construction market for over twenty years and we value our relationship with our local suppliers, employees and the surrounding communities. Schuler-Haas will continue to be a contractor who places jobsite safety as our number one priority on all our jobsites. We remain committed to the continued success of Ithaca and the surrounding area.