Business View Magazine interviews Jeff Northgraves, Manager of the Knox County Regional Airport, as part of our series on regional airports in America.

The Knox County Regional Airport is a county-owned, public-use airport located in Knox County, Maine, three nautical miles south of the central business district of the City of Rockland. It was first built in the late 1930s and early ‘40s, as a Works Progress Administration (WPA) project sponsored by the City.

“We are a primary, non-hub airport, even though most of our actual flights and movements are general aviation,” says Jeff Northgraves, Airport Manager since 2004. “We still have subsidized routes between here and Boston, and Cape Air still services that. During the winter, they do three flights to, and three flights from, Boston and during the summer, it kicks up to six flights to and from.” 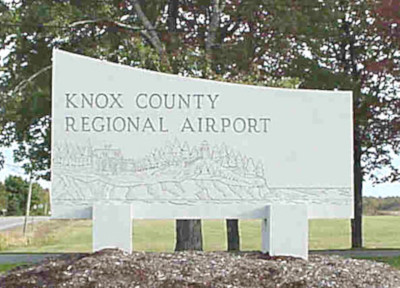 Northgraves recounts that construction was almost completed on the triangle-shaped facility when World War II began and the U.S.  Navy requisitioned the facility, along with several others along the Atlantic coast, to use as satellite airports.

“Brunswick was the Naval Air Station that sent aircraft out to these airports,” he explains. “After the war, the Civil Aeronautics Board deeded it back to the City of Rockland. Rockland maintained it for several years, although, for a small town to try and maintain a fairly busy airport, even at that time, it wasn’t economically possible for them to continue doing that. Plus, oddly, the airport wasn’t in the City of Rockland. So Rockland owned it, but it sat in the middle of Owls Head (a nearby town).”

Rockland turned the airport over to Knox County in 1968, which renamed it the Knox County Regional Airport and did away with one of the three runways. “At the same time, a man named (Jim) Rockefeller, who frequented the area, with several partners, established a museum at one end of the abandoned runway,” says Northgraves. “So now we have the Owls Head Transportation Museum, which for many years was part of the Airport, proper, but ended up being sold to them or given to them a few years later. So that’s now off-airport, but it has access to the Airport.”

Knox County has made significant improvements at the facility using Federal Aviation Administration funding. “In recent years, they’ve added a parallel taxiway and redid the terminal building, which for years had been a double-wide trailer with three other trailers attached, to satisfy some FAA requirements. In 2010 they built the new terminal.” The State of Maine also helps to finance capital improvement projects at the Airport through transportation bonds and aviation fuel taxes, while Knox County taxpayers subsidize Airport operations.

“Last year, about $90,000 came from the local taxpayers,” says Northgraves. He adds that over the next few years, that subsidy will decrease as they make the Airport a more attractive bed-down location. “We’re going to start trying to develop hangars, next year,” he continues. “And we just increased the length of our primary runway from 5,007 feet to a little over 5,400 feet. The significance of that is aircraft landing here, previously, couldn’t actually put on enough fuel to go wherever they wanted to go, like Europe or California or Florida or the Caribbean. So they would end up taking off out of here with very little fuel and flying to somewhere close, Bangor, sometimes Portland, and putting on most of their fuel there. So, adding that 400 feet allows most aircraft traveling long distances to reach their destination with a full load of fuel.”

Northgraves believes that the nearby airports don’t really provide competition for Knox County Regional where general aviation, transient flights, or anything else is concerned.  He points to the 83 aircraft that are hangared there as evidence of the Airport’s robust GA traffic, which is augmented by its status as a “destination airport.”

“People come here and then get on a ferry to go elsewhere in the state for tourist things,” he explains. “We’ve also got quite a few summer homes along the coast where folks fly in to spend their time. So, for the most part, the only real competition is when, occasionally, fuel costs might get out of whack. So somebody might fly in here and put on a little bit of fuel and then make a quick stop somewhere else to put on a large amount. We’ve got a single FBO here and they do a pretty good job of monitoring that and staying competitive.” 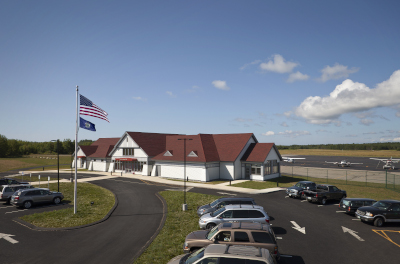 Northgraves describes Knox County Regional as being “kind of unique” among its small airport brethren because it integrates robust General Aviation with a solid commercial component that includes more than just Cape Air and its scheduled flights to Boston. “We’ve also got an air taxi operation (Penobscot Island Air) that primarily supports the islands off the coast – remote destinations,” he notes. “People rely on those flights to and from, for grocery shopping and for medical emergencies because, frequently, the ferry is not going to get them to and from the island in a timely manner. I think that’s really the strong point of this Airport.”

With a lot of comings and goings, Northgraves understands that the Airport has a responsibility to respect the wishes of the local community “And we’ve been able to make the folks who don’t want airplanes flying over their heads 24-7, part of the Airport process, and to be able to accommodate the John Travoltas of the world who want to come in here at ‘o-dark-thirty’ with their jet. So I think bringing everybody to the table and integrating those stakeholders and the different communities and the different interests, has been a success story for at least the last 15 years.”

Northgraves admits, though, that there are some problems that are more intractable: there are still some restrictions contained in some of the deeds covering Knox County Regional’s land that prohibit non-aviation uses – which is something Northgraves wants to change. “I’ve been slowly, through the master-plan process, trying to identify areas that we don’t foresee ever being needed for aviation purposes so that, at some point in the future, it would be possible,” he explains. “But since we started that a little less than 10 years ago, all of the deeded land at the Airport, a little over 400 acres, is pretty much restricted as to what we can do.”

Options for expansion and annexation are limited, as well, because of the Airport’s location near several roadways, which hem-in the runways. Plus, an agreement between Knox County and the Town of Owls Head bars any expansion until 2020. But Northgraves doesn’t anticipate there ever being a need to expand the airport’s footprint.

Where updates and upgrades are concerned, he says the Airport’s main parking apron is going to be redone and concurrent with that project will be infrastructure work, including a new taxiway and emergency access road for a new hangar section. “In less than five years, my hope is that we have a new hangar area. We have one hangar area where we have 53 hangars on the other side of the runway. Those hangars are anywhere from 20 to 40 years old and they’re for a very specific small, General Aviation, single-engine kind of hangar set-up. The current demand is for some of the larger aircraft, including jet traffic. Our hope is that within the next five years, we will have an additional 30 hangars on the business side of the ramp.”

Whether you’re traveling for business or a getaway, Cape Air makes it easy with fast, frequent, daily flights. Need to get to the city for a meeting? Fly to Boston from Bar Harbor, Augusta, or Rockland, and be there in minutes. Book now at capeair.com. Enjoy the ride!