Options for the future

Located where the Snake River meets the Clearwater, about 30 miles southeast of the Lower Granite Dam, and with a population of about 33,000, Lewiston, Idaho is the largest city in Nez Perce County in the state’s north central region. With dams and locks on the rivers, Lewiston is actually reachable by some ocean-going vessels, making it Idaho’s only seaport and the farthest inland port on the nation’s west coast.

“It is a really incredible place,” says Stephanie Morgan, Airport Director for the Lewiston-Nez Perce County Airport, which serves the region. “First off, it is in a protected valley with its own climate. There is never a deep freeze here, so there are fruit trees and even palm trees. Then, there is the outdoor recreational aspect with the rivers. This is a great place for hunting and fishing.”

Lewiston was founded in 1861 in the wake of a gold rush the previous year. In 1863, it became the first capital of the newly-created Idaho Territory. Its stint as the seat of government was short-lived, however, as a resolution to have the capital moved south to Boise was passed by the Idaho Territorial Legislature on December 7, 1864.

“This area is the home of the Nez Perce tribe. In the 1800s, they encountered fur traders, but it was Lewis and Clark, themselves, who put us on the map,” says Morgan, “The Airport, itself, was originally about 50 acres of land purchased in 1931 by the Lewiston Chamber of Commerce. With federal funding, the City purchased the Airport in January, 1934. At the time, the Airport received extensive use by the United States Forest Service and we still have a lot of continued use by the Forest Service. It was World War II that created a large demand for the aviation activities, and the space was considered inadequate. And so, in 1942, the Airport was moved to the current location, and we now have approximately 1,000 acres. The Airport was completed in 1944.” 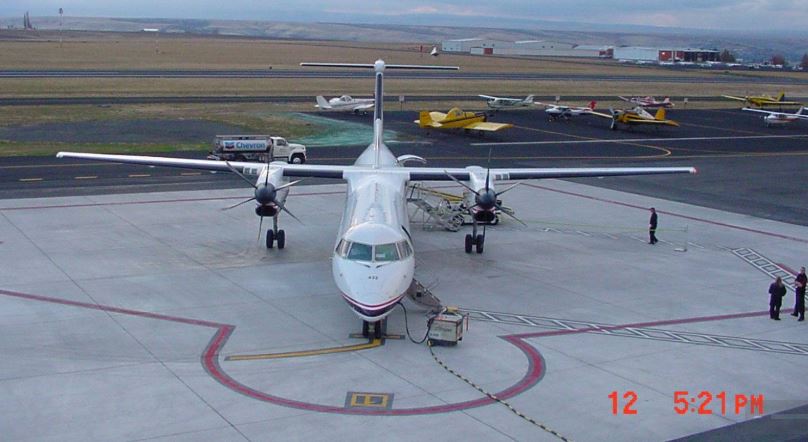 “Historically speaking, commercial air travel in the northwest actually started here at our Airport,” Morgan continues. “Airline service started in 1945, with the Zimmerly Air Transport serving places throughout the Idaho area. It merged with Empire Air and became West Coast Airlines. But Zimmerly was one of the first commercial airline services in the United States and was based right here in Lewiston.”

West Coast Airlines, which operated Fairchild F-27s during the 1960s, merged with Bonanza Air Lines and Pacific Air Lines to form Air West in 1968, with the San Francisco-based airline being renamed Hughes Airwest in 1970. Jet service arrived in October, 1969 with Douglas DC-9-10s and McDonnell Douglas DC-9-30s, after the completion of the 6,500-foot runway. The air traffic control tower, southeast of the terminal, was commissioned in September, 1974. These days, Skywest operates service between Salt Lake City and Lewiston, four times a day, as an affiliate of Delta Airlines.

The Lewiston-Nez Perce County Regional Airport is jointly owned by the City of Lewiston and Nez Perce County and administered by a local airport authority.  Approximately 80 percent of its focus is on general aviation. There are 160 aircraft based out of the Airport and hangars, as well as other facilities, are a mixture of built infrastructure and ground leases. Aviation-related businesses include Hillcrest Aircraft Company, Stout Flying Service, Gustin Aviation, Life Flight, Nez Perce County Sheriff’s Air Posse, Lohman Helicopter, and Skelton Air.

“We also have some non-aviation businesses on the Lewiston-Nez Perce County Regional Airport property,” Morgan explains. “We have our golf course on the recreational side of things but we also have some local businesses located on the property. Howell Munitions and Technology are based here, as is Seekins Precision who manufactures sporting and specialty firearms. We also have a new tenant onboard and they have signed leases which will enable us to have an aviation history museum on site. It is an individual who, along with others, owns vintage aircraft and has been putting on an air show for the last two years bringing in around 10,000 people. We are very excited about this development which should be coming in the next few months.” The Airport also has land to expand. There are 30 acres on the south side slated for future development. “We are certainly not landlocked when it comes to development,” Morgan states.

Morgan concedes that the Airport does compete with a couple of other regional airports, but the amazing climate, which meant zero cancellations last year, really helps. “We also have a contracted Air Traffic Control Tower which the competition does not,” she avers. “This adds a layer of safety as far as I am concerned. Then there is the fact that we have two runways. This Airport has a lot to offer.” 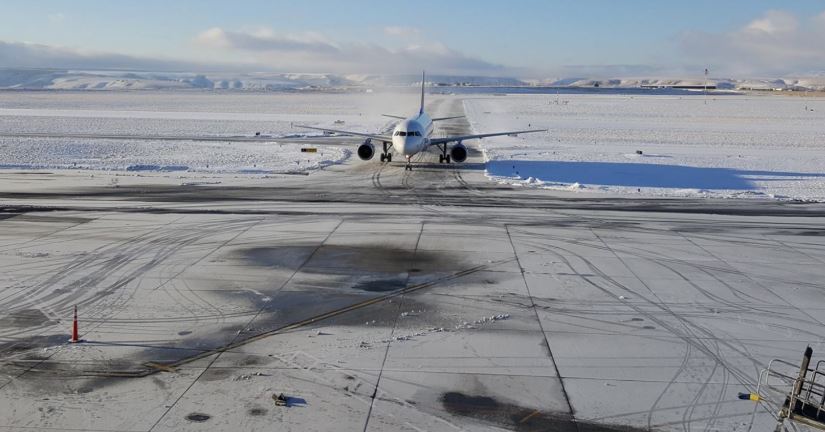 Airports are constantly under renovation and restoration, and Lewiston-Nez Perce County Regional Airport is no exception. It recently completed a runway reconstruction project on its primary runway and is currently rebuilding a new operations hub. After purchasing new, larger rescue and fire vehicles, a new home for them is needed, as well. This new operations building is a $6 million dollar project and will house both the fire and the snow removal vehicles.

“We also, recently, had approval for a project which will improve our taxiway lighting,” says Morgan. “This will include a new vault as well as taxiway lights. It means relocating our wind cone and magnetic circle as well. Then, we will move on to the design for our reconstruction for our shorter runway which is our primary focus for our general aviation. This is estimated to be a $7 million dollar project.”

And what about the long-term future?

“I think, like any airport, especially a regional airport, focusing on the non-aeronautical revenue is going to be the key to allowing us to be more sustainable,” Morgan muses. “I really think this is going to be a focus for us for the next few years. We recently lost Horizon Air as a commercial carrier, and although Skywest has stepped up and is adding flights, it is a real blow. I want to help people see that air travel is a ‘use it or lose it’ type of thing, but also that we are capable of handling, and overcoming, difficult problems. I hope five years down the road, we are an example of a real success story after an economic loss.”

“I am not sure what that could look like,” she continues, “but there is both a pilot and maintenance personnel shortage right now, and this airport would make a perfect ground platform for training. The area is agricultural in background and most of the young people growing up here are already mechanically minded. There is a future here for them in this industry, and perhaps if we establish ourselves as a training center, then they will not have to go elsewhere to find jobs. This is the kind of place where I can see the community rallying behind us and helping to explore options for a successful future.”

WHAT: A public-use airport jointly owned by the City of Lewiston and Nez Perce County