Business View Magazine interviews Jeff Powell, Airport Manager at the Tuscaloosa Regional Airport, as part of our series on regional airports in America.

The Tuscaloosa Regional Airport is a public-use airport, located a little over three miles northwest of the central business district of Tuscaloosa, Alabama. The area on which the current airfield is situated was first used in 1939, when a brick hangar was built on the property by the federal government’s Civilian Pilot Training Program for the licensing of pilots from nearby University of Alabama. It officially opened in April 1940 as Van De Graaff Field with four turf runways.

“That hangar was eventually used throughout World War II by the Alabama Institute of Aeronautics that trained U.S., French, and British pilots up until the end of the war,” says Airport Manager, Jeff Powell. After the war, the airfield was turned over to the City of Tuscaloosa through the War Assets Administration. Over the next several decades, new, paved runways were built, as was a passenger terminal to facilitate jet service, and several commercial airlines operated out of Tuscaloosa, including Southern Airways, Republic Airlines, American Eagle, Air Midwest, Atlantic Southeast Airlines, and GP Express Airlines. However, the last commercial flight took place in 1997, “and we’ve been primarily a corporate and cargo airport since then up until now,” notes Powell. 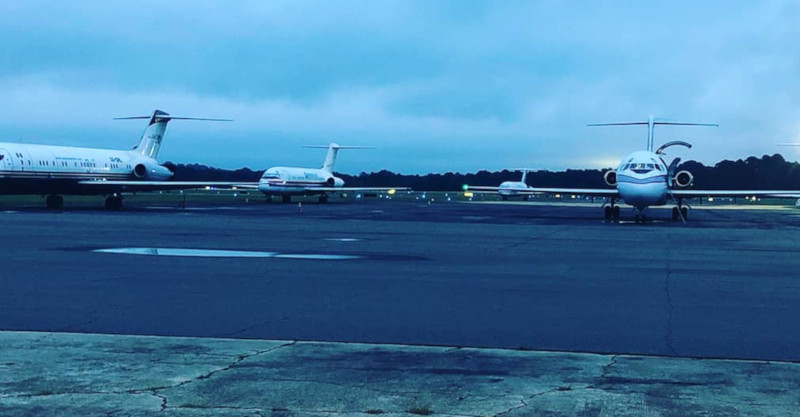 While Powell adds that a return to passenger service sometime in the future is “in the mix of things, it’s not our only interest. But, with the growth of the University of Alabama, with the growth in the number of out-of-state students, and the people who want to work here, it’s not so much of an issue of how to get people out of our community, but how to get people in here. So, as long as the economy is healthy, we will make that a priority. We want to look at what’s appropriate for the next 50 years and make sure that we have a plan, so we’re ready when the need arises.”

Meanwhile, Powell explains that charter and cargo flights, as well as military aircraft, are Tuscaloosa’s mainstays. “Cargo has been a prominent part of our operations since the 1990s, when Mercedes Benz located in Tuscaloosa,” he explains. “And we’ve seen an increased number of suppliers located adjacent to the Airport that benefit from air cargo to support the operations at Mercedes Benz. So, we set our foundation on being able to accept cargo as they show up at a moment’s notice because it fluctuates how often they may or may not come, since the plant operates in a ‘just-in-time’ manner. We’ve had as many as 120 operations over a couple of month’s span, and we’ve had a couple of months where we don’t see cargo; it depends on what’s going on with our industrial community.” 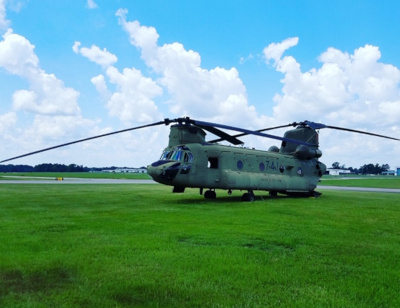 “Military has also been a long part of our history,” Powell continues. “We have a great relationship with Columbus Air Force Base. They’ve been a part of our operation for decades. We also support the Meridian Naval Air Station and we support Fort Rucker. We also serve quite a bit of transitional aircraft as they come in from other units or use our Airport for training needs. That’s about 30-40 percent of our operations. So, we’re very appreciative to be able to contribute to the military’s needs, and hope to be able to maintain that in the future.

“We’re also looking at our airfield layout to make sure that we’re ready for ‘game day events’, which is a significant operation for Tuscaloosa, as well as any other need that we have – air shows are also another big event for us, and we’re trying to be diversified in how we can be an asset for the community and listen to what it needs, so that we’re pushing the Airport in the right direction.”

One direction that Powell is aiming toward is becoming a more self-sufficient operation, and less dependent on operating funds from the City of Tuscaloosa. “We have five employees directly related to the Airport, but we’re supported by numerous staff throughout the city,” he remarks. “We have a fire station on the Airport and that’s around 12-15 employees; we’re supported by facility maintenance, the finance and accounting department, legal, and various other staff members. And we’ve been trying to better determine how much is funded by the city, so that we know what our target is to become self-sufficient. We have a variety of initiatives, most importantly, establishing an Airport Committee to advise and oversee Airport operations. That’s one of our overall goals – getting this Airport to be less of an impact on the taxpayers of Tuscaloosa.”

Another goal is constructing more GA hangars. Currently, there are approximately 105 general aviation aircraft home-based at Tuscaloosa. “That’s a mixture of helicopter, singles, twins, turbos, and jets,” Powell notes. “We’ve been 100 percent occupied for the past 10 or 15 years, and we have a waiting list for single engines as well as jets. There’s nothing worse than knowing people are trying to come onto your Airport, to build your operation and make it more of a viable asset, and then having to say, ‘we just can’t take you.’ So, we hope to take advantage of some capital investment to build more hangars, whether through private development or public investment, with the goal of some kind of return on investment for either route – even a mixture of public/private to help ease the burden of initial investment. It’s not easy for anybody to build anything on an airport, so we’re trying to see what’s the most reasonable route with the money that we’re provided with, for any capital investment. Right now, it could go either way.”

Another current item on Powell’s agenda is upgrading some of the Airport’s 50-year-old facilities. “A lot of our pavement and lot of our buildings are hitting the end of their life cycle,” he avers. “So, our current focus is putting investment back into our current infrastructure. Our past few projects, and our upcoming projects, are all addressing current airfield capacity issues. So, our capital strategy is focused on the FAA Airport Improvement Program and getting our current issues addressed before we worry about expansion.”

Regarding any possible future expansion, Powell says that there are five or six parcels within the Airport’s 724 acres that can be utilized to accommodate taxiways, runway extensions, hangar space, and/or industrial development. “As far as expanding outside our current Airport boundaries, we’re limited to only one direction; the rest of it is either residential, or railroad, or the Tuscaloosa Airport Industrial Park, which is not officially on Airport land, but it is abutting our property line. So, we are limited in growth outside our current property outline, but we do have some room for growth.”

Meanwhile, Powell touts both the Airport’s current advantages, as well as its involvement with the greater Tuscaloosa community, including better relationships with the local Chamber of Commerce, the Tuscaloosa County Development Authority, and the Tuscaloosa Tourism and Sports Commission. “The location of our Airport to downtown Tuscaloosa, as well as the campus of the University of Alabama, makes us an attractive location,” he asserts. “And the services that we have – the air traffic control tower, the flight school, the maintenance operations, the 24/7 ARFF (Aircraft Rescue and Fire Fighting) coverage is significant and also very attractive. One of our biggest successes over the past years is being more integrated into the community and helping the community to understand what this Airport means to them. We’ve had the Airport integrated into the community more so than any other time in recent history.”

On Powell’s wish list? “To maintain our focus on safety with our airfield,” he begins. “We take great strains to maintain our Part 139 level of safety. So we’re very particular in not only growing the Airport, but maintaining the safety for its users who come in every day. To be diversified on our revenues, so we’re healthy overall and not one sector or our Airport is taking the burden more so than the others. We want to be prepared for the future of Tuscaloosa, which is one of the fastest growing cities in Alabama. We want to be ahead of the curve; when a need arises, we want to have a plan in place or the facility in place to take advantage of that growth. And we’re looking forward toward the future.”

Check out this handpicked feature on The Deer Park Municipal Airport – Friendly and service-oriented.