East Texas is certainly one of the most scenic places in the country. With farms and flowers, forests and trails, rose gardens and lakes – it is truly a place of beauty in every season. And Tyler, Texas is a city of more than 100,000 people smack dab in the middle of it. This thriving community is filled with restaurants and parks, as well as all the outdoor recreation you can imagine.

“All of East Texas is really a beautiful area,” says Stephen Thompson, Airport Director for the Tyler Pounds Regional Airport, “and a growing and developing area. We have a relatively younger population here in Tyler. There\’s a lot of educational institutions, a lot of younger folks in the workforce, which translates to a very vibrant community with a lot of energy. Our people are really engaged and interested.” Thompson himself took over the post under a year ago and has fallen in love with the area.

Tyler Pounds Regional Airport is located just south of Interstate 20 about halfway from Dallas to Shreveport and is a general aviation and commercial flight facility. Benefitting not only the local region, it also serves as a quieter and simpler choice for travel to and from the big city. There are between three to six flights daily to Dallas Fort Worth, from which you can fly to any destination in the world. 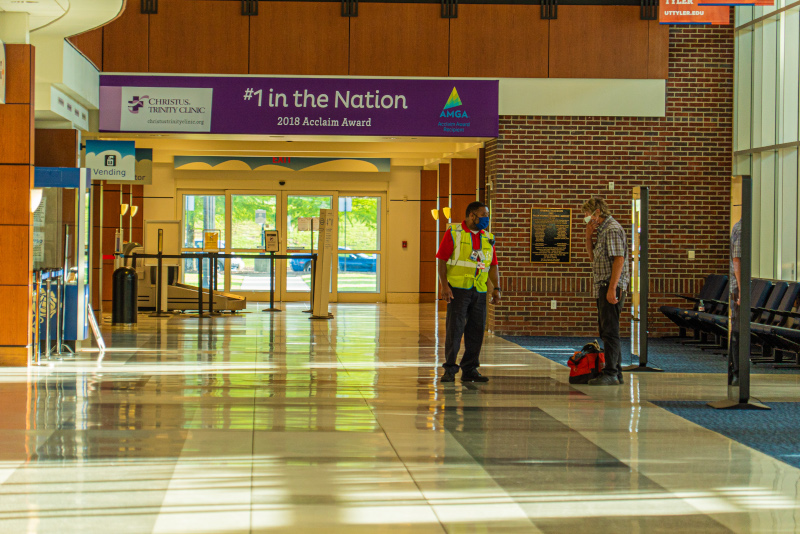 “Let me paint the picture,” says Thompson. “Our average enplanements are typically around 50,000 per year. We are now back to around 80% of pre-pandemic numbers, which is good. This gives you an idea of how many folks travel in and out of our airport. In terms of operations, we would see around 33,000 flights, the lion’s share of which would be general aviation. We therefore have a full-service facility here where we have everything that a pilot or traveler or even aviation enthusiast would be interested in. We even have around the clock firefighting capability from our ARFF facility, and the Historic Aviation Memorial Museum is onsite – attracting thousands of people each year. We have two restaurants and three parking lots. I would sum up my thoughts around the airport with three words: Convenience, Courtesy, and Collaboration.”

“Convenience,” he continues, “in that we are close to Interstate 20, on the edges of the city of Tyler, but also our catchment area really draws a greater surrounding area very close to Shreveport to the east and Dallas to the West. For Courtesy, I just must call out our staff. They treat our passengers and our customers just like family and they treat this facility like their home. We know a lot of our passengers and pilots by name and we value them. Finally, when it comes to Collaboration we have a great network with the FAA tower people, with American Airlines, with everyone who is a stakeholder in the airport – we see them all as different components of our team.”

There are 110 aircraft based at the airport, everything from small aircraft like Cessna up to larger corporate jets and helicopters. Like most regional airports, this means that their hangar space is at capacity and they have a large waiting list. “I was recently talking to several folks that are interested in finding space to keep their aircraft,” says Thompson, “and I\’m happy to report that we just received a proposal to build a couple of new high-end corporate hangars on the northwest side of the field. This will increase our capacity for now, but we are looking at a great deal of land development in the future.”

Two FBOs serve the airport: Tyler Jet Center and Johnson Aviation provide the full suite of services one might expect, including flight training, and in the case of Tyler Jet Center, charter capability. Infrastructure-wise, the three runways provide excellent crosswind capabilities. The main runway 4/22 was just recently refurbished and is now approved for virtually any aircraft to fly in and out. One of the other runways will require rehab work in the near future. The next infrastructure process will include refurbishment of the main Taxiway A.

Tyler Pounds Regional Airport is also very active in supporting and promoting the aviation community. The museum itself attracts many visitors and young people who then get to see the airport, the history, and sometimes get the aviation bug from that alone. There is also a Civil Air Patrol Squadron with both senior members and cadets. Quarterly meetings of the general aviation community allow for a lot of collaboration and input from the public as to what the airport can do for them.

“It was almost a decade since our last Wings Over Tyler Air Show,” says Thompson, “and this past summer we started the tradition back up. It was so successful that we are already planning for next year’s July 1st show. It turned out to be just an outstanding opportunity to come out and see everything from military to civilian aviators and we cannot wait for next year.” 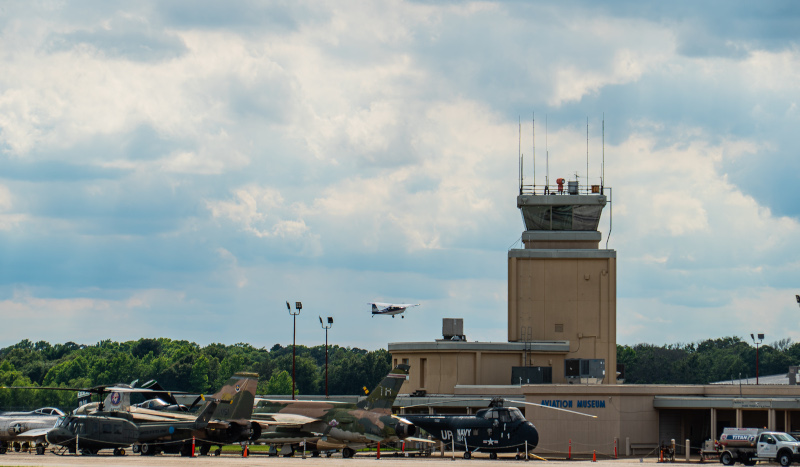 Thompson believes part of the success in ventures such as this comes from working closely with the Tyler Chamber of Commerce and local regional Chambers to get accurate insights into workforce needs, demand, tourism, and expectations. Then they can paint an accurate picture of what is needed at the airport and how best to promote Tyler Pounds Regional.

“I don’t know what the future will bring,” Thompson notes, “but I am certainly interested in diversifying our revenue streams and bringing more business to the airport, whether it is aeronautical or non-aeronautical. There is a lot of accessible real estate around us and there are things that might work here, like a hotel. A cargo facility or distribution centre would certainly be welcome, and perhaps a good choice, given our proximity to Dallas and Shreveport but without the congestion and complexity. Truthfully, the sky is the limit, there are really no barriers to our growth. We have got more runway than our current capacity even requires. And when I look at our 20-year forecast, we have plenty of pavement to support the volume of traffic that we could hope for in our wildest dreams. And we have plenty of surrounding land and nothing encroaching on the airport.”

Which is a good thing, because there are two gamechangers coming to Tyler – The University of Texas, Tyler, is opening a new medical school, and the city is building a new convention center. Both will propel growth in the community, and increase traffic at the airport. “Both entities are going to bring in other businesses, other growth,” says Thompson, “and we are ready to seize on this opportunity. I think it is important for folks to know that we\’re a quick skip away from the endless connection possibility that is the Dallas Fort Worth Airport, but worlds away from the congestion and complications of starting your travel from a big city.”

What: A busy general aviation and commercial airport

Cavender’s has established itself as the premier retailer for authentic western style for the American South and Southwest.  Family owned and operated since 1965, Cavender’s continues to grow, with more than 90 stores in 14 states, including locations from Las Vegas to Orlando and e-commerce at cavenders.com.