Just to the northeast of the City of Philadelphia lies Pennsylvania’s fifth busiest airport. Northeast Philadelphia Airport (PNE) is a general aviation airport that has served the city since before the 1940s. History has recorded some ups and downs for this airport, and 2020 was no exception. The COVID-19 pandemic threatened almost every aspect of business, or so it seemed.

Instead, under the careful guidance of John M. Brewer, Jr., PNE has taken off. February 6 marks 28 years for Brewer at Northeast Philadelphia Airport and having been the Manager since 2005 he has seen a lot of growth, a lot of changes, and made a lot of connections. He even goes so far as to think of the airport, in some ways, as his child.

Brewer acknowledges, “I’ve been here so long that I have had the pleasure of working alongside some great people. I encourage staff to come to me with new ideas of how to operate the airport since they are the boots on ground performing the work. We are constantly looking for innovative ideas and products to improve efficiency and make the airport a safer operating environment. For example, we  now use Cryotech’s E36 liquid and NAAC solid de-icers. In the past we used a combination of urea and sand on the runways to assist with aircraft braking resulting in aircraft basically landing on gritty sandpaper. Now, after plowing and brooming airfield surfaces, we apply the liquid or solid de-icer chemicals allowing  aircraft to land on almost wet instead of icy pavement.”

Doing much more than just succeeding, Northeast Philadelphia ended 2021 with 83,751 operations, the most they have seen since 2007. The four flight schools at the airport all saw growth as well, but the largest change was the increase in charter activity. Brewer points out that during the pandemic it just seemed a lot easier and safer to get from point A to point B by doing it in a private charter flight, and this included both corporate and recreational travel. He also notes how the two Fixed Base Operators, Atlantic Aviation and North Philadelphia Jet Center stepped up to make it the best possible experience for both pilot and passenger.

“This year has been crazy,” Brewer adds. “We have been contacted by five different companies in the last six months who want to build hangars here. We don’t have any available hangars, but we have lots of space to build – we even have one charter company that is considering building an operations and maintenance facility here.”

The last major infrastructure project was the rehabilitation of the main runway, as well as increasing the safety threshold on either end. This project came in at $34 million. Less than it could have cost because the Engineer (design team) developed an innovative way to make it work by keeping the existing aggregate on-site, mixing it with cement, and then using it as a foundation for a robust subgrade. The rehabilitated Runway 6-24 has 12 inches of cement treated subgrade and in some areas, it is 22 inches under 11 inches of asphalt. Post-construction, the Engineer performed non-destructive testing commonly called as Heavy Weight Deflectometer (HWD) to determine the strength of the pavement, basically to validate the design. It achieved a PCN (Pavement Condition Number) of 80, higher than any runway even at Philadelphia International, which means it can land any aircraft developed on the PNE runway. There are no weight restrictions, however, there are certain aircraft that cannot land because of geometric restrictions. It was also cheaper and more environmentally friendly, using the recycled product while not having to truck as much waste away, thus reducing carbon footprints. 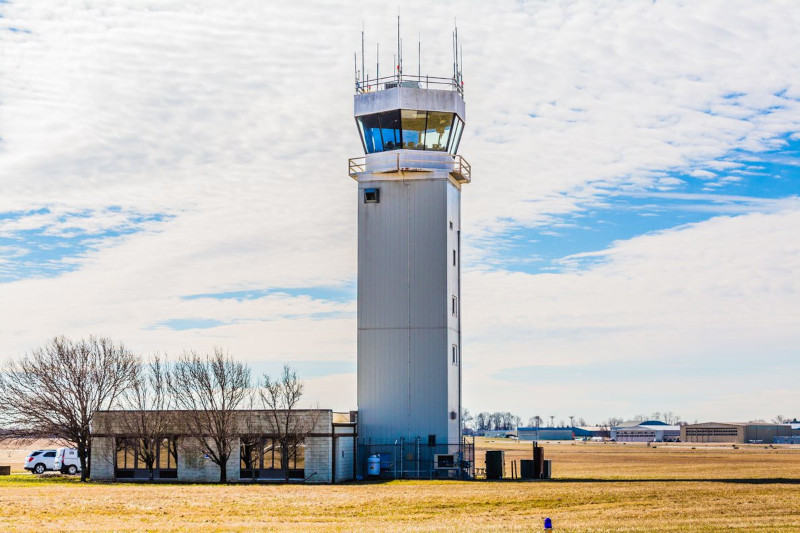 “The designer of that project was Atkins North America,” says Brewer. “They will also be working with us on other projects coming up as they are the engineer of record for the airport, but they spearheaded this project and getting the State as well as the FAA to approve this process. When we began this was not the preferred method of construction by the FAA and we convinced them to let us try it and it was so successful that now it is the main approved method for airports.”

\”It is the passion of John, and Airport Managers like him, that drives Engineers like us to strive even harder and better… Complete Truth” commented Sanjay Chaudhury, Senior Project Manager for Atkins North America. “John\’s technical and insightful ideas always keep us on our toes.\”

There was only one time during the project when the airport had to be closed and, even then, work was completed faster than expected. “We originally thought we would have to close the airport for six weeks to reconstruct the runways intersection,” says Brewer. “Atkins got that six weeks down to 14 days and then Frank Thomas, the airport’s construction manager, pushed the contractors so the work was completed in just 10 days and we were able to reopen the airport. We discussed when this should take place with all of our tenants and discovered that a lot of corporate aircraft were down for maintenance in July, so that is when we closed the airport and completed the work.”

James D Morrissey was the prime contractor for Global Electric, which did all the electric work for phases two and three of the runway project. Brewer notes, “The owner of Global Electric happens to be a pilot and bases his own plane in New Jersey. There were times he flew his plane to work instead of driving.  I really liked having an electrical contractor working on the airport who understood the needs of pilots, as well as the airport. It was a great experience working with him. He was able to communicate directly with the FAA as needed on the radio during the required flight checks to certify the Runway 6 REIL lights, wind cone, and PAPI all of which Global installed.”

Brewer is so passionate about not only the airport, but aviation in general that no matter what he is describing, his enthusiasm shines through. His thoughts turn to community involvement when describing the four flight schools on the property, the two largest of which are Legacy Aviation and Tailwinds Flight Education. “Howard Cooper runs Tailwinds,” explains Brewer, “and he is always looking for ways to alleviate the pilot and mechanic shortage. He’s always talking to whoever in government will listen to him about funding and trying to get young folks involved in aviation. He’s now trying to get a program up and running with one of the local high schools – an aviation program where they will graduate with a private pilot licence and hopefully that will encourage them to move on and continue in aviation. We are hoping to see that in operation by next fall.” 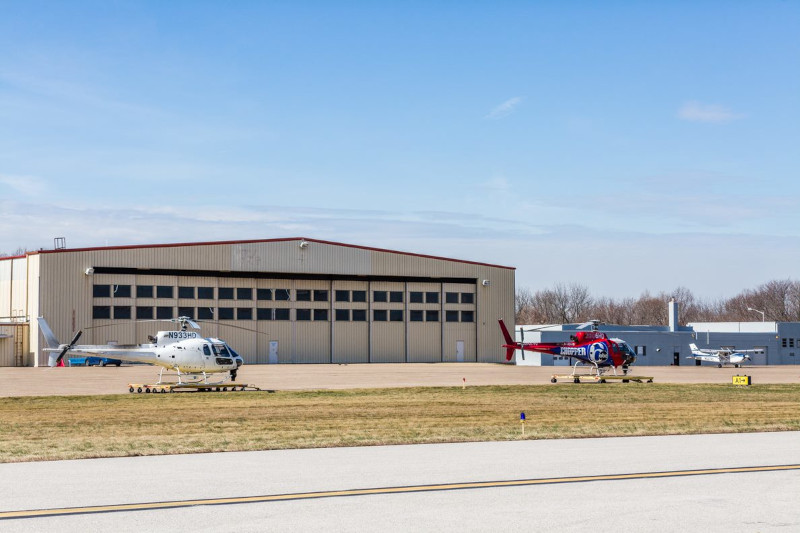 The next major infrastructure project has to do with the relocation of existing electrical structures. Back in the 1940s when the airport was constructed there were four manholes created at the intersections of the two runways. All of the wiring for navaids and edge lighting goes through these accessible manholes, which are located in the safety area thus becoming extremely onerous for the operations. This means that airfield operations have to be halted whenever electric work is needed as it entails encroaching into the runway safety areas. These structures are going to be relocated. This alleviates the concern of shutting down the runways in the event either of these structures needs to be accessed. This process will be performed by directional drilling under the runways while minimizing the impact on the airfield operations. Global Electric is also the primary contractor for this project.

“The need to work on infrastructure never ends,” Brewer laughs. “So, after that, we will be rehabilitating Taxiway Lima and using another advanced process that we used on the Runway 6-24 job known as Full Depth Reclamation (FDR) for Recycled Asphalt Aggregate Base. Efforts are being undertaken to certify this as an ENVISION project, the first of its kind in this airport. It’s a 5000-foot taxiway and the project will be completed in two packages of approximately $3.6 M each.”

Another city-sponsored project involves a stream on airport property that floods and destroys a section of the fence every time it rains, so they are going to be creating a new culvert system. Brewer notes, “Sanjay and Atkins North America are helping with that, and they were able to bring the team that designs tide gates in hurricane areas like New Orleans and other gulf coast areas here and have them design it. That is a $500,000 project. We also have some smaller projects that we\’re hoping to complete, some landside parking lot and roadway paving, some fence work, and, hopefully, we can redo the entrance to the airport, which is just bland.”

With John Brewer ‘the voice of experience’ at the controls, complemented by a robust team of staff and partners, blue skies are surely guaranteed for the future of Northeast Philadelphia Airport.

What: A thriving general aviation airport

Where: Northeast part of Philadelphia, PA