The gateway of choice

Yampa Valley Regional Airport is located in Routt County, Colorado, two miles southeast of Hayden and about 25 miles west of Steamboat Springs and its nearby ski areas. A resort mountain facility, the Airport covers 671 acres at an elevation of 6,606 feet, and has one asphalt runway, 9,998 feet long. “The Airport was constructed back in 1966, based on demand – commercial air service being something important to the community,” explains Airport Manager, Kevin Booth. “The location was picked based on land availability and compatible terrain around Hayden.”

“Like most commercial service airports, we evolved over the years,” Booth continues. “Now, we have a 10,000-foot runway and commercial parking for seven aircraft, and we’re sized for 767s. It’s evolved from no terminal, to a rudimentary terminal, to a terminal that was modified back in 2006 in a three-phase program that wrapped up in 2012, which got us to where we are, now. Back in 2015, we had a major construction project that paved the shoulders on the runway and resurfaced it, and we resurfaced a lot of our taxiways and widened our connectors.”

“We just completed a $5.5 million commercial apron expansion this past summer,” Booth adds. “And, right now, we’re in the planning stage with our engineers and the FAA to start another terminal expansion project. We’re going to add space and improve flow in our terminal by expanding our secure area on the back side of TSA and adding a gate, back there. And then, we’re going to reconfigure our ticketing area to add additional ticketing work space and improve access to some of our bag belts. That’s going to happen this year. We also submitted for a terminal expansion project that dovetails with that one. If we get that, it’ll mean two additional gates, beyond the one that we’re going to do in 2019; so that will take us through 2020 and 2021.” 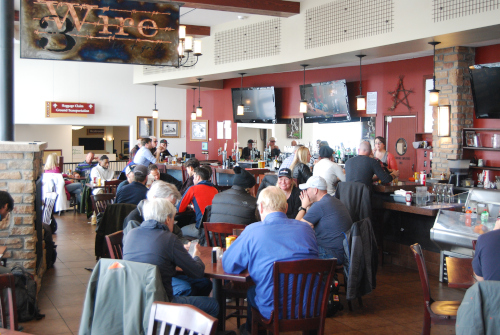 Yampa Valley Regional Airport has one FBO, Atlantic Aviation, which is planning to break ground soon on a new facility. “Essentially, they’re going to dislocate from where they are now, which is right next to our commercial terminal, and they’re building their own apron and terminal facility for their customers on the eastern side of Airport,” Booth explains. “They’re going to more than double their ramp space; they’re going to have a brand new GA executive jet terminal that will be architecturally designed to fit a beautiful mountain resort like ours. By the end of October, we’re going to have a brand new GA executive jet facility run by one of the best FBOs in the country.”

Should the Airport ever need to expand its footprint, Booth reports that there are about 50 acres inside its security and wildlife fence that can be developed. “And then, we have about 250 acres that the county owns, that if we re-fenced and rerouted one particular dirt county road on the east side of the Airport where the FBO is moving to, we could expand that end, easily, to accommodate those acres.”

The Yampa Valley Regional Airport is, in fact, owned by Routt County as an enterprise operation, and it is expected to be self-sufficient, without relying on the county’s general fund for its operational budget. It is also a seasonal airport, whose busy period generally extends from mid-December to the end of March, or early April, depending on the area’s snow cover. “Then we’re staffed at our greatest, because that’s when our demand is highest,” Booth notes. “Currently, we have direct flights on five major air carriers to 15 different cities. So, this time of year, my staff is about 80; and then in the off-season, when our direct flight program goes down to one or two flights a day, we go down to a staff of about 30 for about eight months out of the year. That’s just my staff, the county employees. All told, this time of year, we have almost 500 employees at the Airport that work here – the ground handlers, the airlines, and the tenant organizations that lease space in the terminal.”

In addition to its commercial service, the Airport also has about a dozen home-based GA aircraft. “We do have a robust GA operation, but a lot of it is drop off and pick up,” Booth avers. “It’s a lot of executive jet traffic with a lot smaller percentage of piston, so, it’s mostly turboprop and jet.” There are also daily cargo flights from UPS and FedEx.

Regarding its commercial airline service, Booth admits that Yampa Valley Regional Airport maintains a slight competitive relationship with three nearby, peer competitors in the mountain resort airport business: Eagle County Airport, which serves Vail; the Aspen/Pitkin County Airport; and the Jackson Hole Airport in Wyoming. “I’m not really competing day-to-day,” he claims. “But, we do compare ourselves with them, certainly, in the costs to the airlines to fly in here, and the kind of service we provide. And we do have advantages for the airlines in that we have a longer runway than any of the other facilities. And we really are blessed for a mountain resort airport, in that we don’t have significant issues with high terrain. And we have a radar system that was installed here as the first of its kind that gives the FAA and Denver Center the ability to control right down to ground level and see airplanes taxiing on our ramp – that’s the wide area multilateration system (a ground-based surveillance system that can be installed in areas where radar is limited or not possible.)” 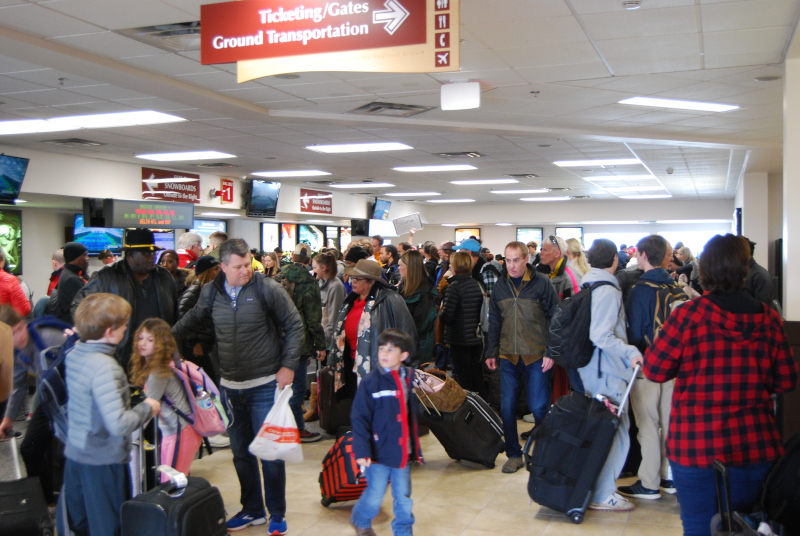 Regarding the Yampa Valley Regional Airport’s GA traffic, Booth notes that there is a GA airport in Steamboat Springs, so there is some competition there, as well. “Certainly, whenever somebody in a general aviation aircraft decides to come to this area, they have a choice – they can go to the Steamboat Airport, which has a very short runway and limited capacity. Our advantage over that airport is our runway is more than twice as long as theirs; we have a more robust staff for snow removal; we have high terrain; and we have precision approaches. So, depending on how your aircraft is configured and the avionics that is has, I would say we’re a much safer airport to come and go in the wintertime or the summer. And the FAA recently redesigned some of our instrument approaches to lower the minimums on it, making it even safer to come and go from here.”

Booth adds that the Yampa Valley Regional Airport is also growing its services, year over year. “We just brought in a fifth carrier this year; right now, we have service from United, America, Delta, Jet Blue, our new carrier, and Alaska Airlines. So, five of the top six or seven airlines in the country provide service here, seasonally, and United’s here year round with commercial service to Denver, and, typically, in the summertime, United will also provide direct service to Houston.”

Yampa Valley Regional Airport is also convenient. “The U.S. highway between ourselves and downtown Steamboat is well-maintained in the winter; it takes about 25 minutes to drive it,” Booth remarks. “But, probably our biggest asset, besides being convenient, is we’re small and easy to get through; there are no long lines or delays; TSA is very responsive, as is our staff, as a whole. And I’m very proud of the level of customer service that we provide everywhere – from the restaurant, to the gift shop, to our passenger services folks, to our partners on the airline side. We really take good care of the people that come and go. I hear that all the time and it’s written all the time in comments. People love the Airport.”

WHAT: A resort mountain commercial and general aviation airport