Even a regional airport can find a niche market and thrive because of it. A case in point is the Statesville Regional Airport in North Carolina.

The Statesville Regional Airport was built around 1935,” explains Airport Manager, John M. Ferguson, “and it was just a small little sleepy grass field airport. It went through some changes that you would expect over the years. In the 50’s they paved the main runway and then in the 60’s, added a North-South runway. But, to be honest, the main catalyst that really caused this Airport to expand was in 1999, when they closed the north-south runway and turned it into a taxiway which allowed people to build hangars.” 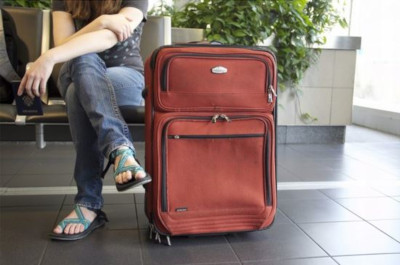 “The first person to build a hanger on that taxi way was Dale Earnhardt Sr., the race car driver,” Ferguson continues. “He built a hangar for his aircraft and also started a FAR Part 125 private carrier called Champion Air and he was flying some of the crews for the races. Now they have 3 Embraer 145 ER’s with 50 passengers each that they fly as a private carrier. That was one of the catalysts that started some of the other drivers saying, ‘Hey I could have the same thing.’ So, Dale Earnhardt, Jr. built his hanger next to Sr. and it all began.” Over the years, other drivers such as Ryan Newman, Brad Keselowski, Greg Biffle, Martin Truex, Jr., and others have their aircraft in hangars on the field, which has led to a pretty significant NASCAR contingent.

About two years ago, a new Part 125 private carrier was created called Victory Air. It started with two Embraer 145s and they now have 10 with 50 passengers each flying to the races. “Champion and Victory both leave out of here on Thursdays. They also haul teams for Xfinity, for truck and also for the monster races so they can be hauling people from Thursday through Sunday. Sunday night after the race looks almost like Charlotte out here when they all come back around the same time,” laughs Ferguson.

In 2004 Lowe’s Home Improvement was looking to move from Wilkesboro, North Carolina to Mooresville, which is about 20 miles south of Statesville. That also meant moving its aviation division. So, the company built a 40,000-square-foot hangar with office space. At the time they had five falcon jets and one Sikorsky helicopter.

“So in a nutshell, that is basically what we are,” says Ferguson. “We had the runway extended from 5,000 to 7,000 feet in the early 2000’s which increased the usage of the Statesville Regional Airport. We have a category 1 ILS (instrument landing system) and an AWOS (automated weather observing system) weather system on the field. We have 17 hangars and two aircraft maintenance facilities on the field. We have a smaller one for small, single and twin-engine maintenance, but we also have a jet facility called CATS, Carolina Aviation Technical Services, and they recently have become a certified maintenance center for Cessna Citation Jets along with Dornier 328 jets. We have seen a lot of increase in terms people coming to them.”

The City of Statesville owns the Airport and Ferguson is the sole employee. Statesville Parks and Recreation manage the upkeep and mow the grass, while Building and Maintenance oversees some of the buildings. All of this is made possible because of the FBO (Fixed Base Operator), Statesville Flying Service, a private operator using its own employees, which fills out the daily operations.

“We don’t have any secondary businesses at the Airport,” says Ferguson, “but adjacent to the Airport, we have Brad Keselowski’s truck racing shop, we have GMS racing, which is an Xfinity team and a truck team. The major sponsor to GMS is Allegiant Airlines and then there is another, XPO Logistics, which is a freight forwarder. But they are all off the Airport. But, at the same time, as it relates to the operation of the airport, we are self-sufficient. We make enough profit from fuel, flowage fees, and land rentals that we are able to cover the expenses of operating the Airport.”

In terms of improvement, Statesville Regional Airport is currently undergoing the construction of a new parallel taxiway on the south side of the runway. There is a full parallel taxiway on the north side and this south side, partial taxiway will mostly serve the NASCAR and Lowe’s hangars. As it stands, in order to access the hangars, it is necessary to cross a live runway. This is a $9.8 million project, which is being fully funded by the North Carolina Department of Transportation.

“We are also looking at getting a grant from the North Carolina Department of Transportation to construct pad-ready sites for corporate aircraft,” Ferguson points out. “We are looking to get a $2.5 million grant to grade 33 acres, which we acquired for $1.3 million. We are going to grade it, put a small taxi lane in, and relocate utilities so that if someone comes to us and says ‘Hey, we want to build a hangar,’ we have a pad all ready to go. That sort of ready-to-go expansion is one of the things we are lacking here. The DOT has given us tremendous support. Just in the last five years, DOT has given us $12,658,278 in grants for improvements.”

“I hope that within five years, we will have the second phase of the southern taxiway project completed, and that will give us a taxiway the full size of the runway,” Ferguson muses. “One of the long-term projects would be that, if demand requires it, we extend the runway 1,000 feet to the east, but we would have to have some pretty significant size aircraft to require that. Right now, the largest plane that I have seen here was a 727-200 for freight. We get those in here several times a year. We’ve had DC9-10’s in here for freight as well. But air freight is really growing in our region, and if someone wanted to bring in larger aircraft, we have the ability to extend the runway for that purpose.” 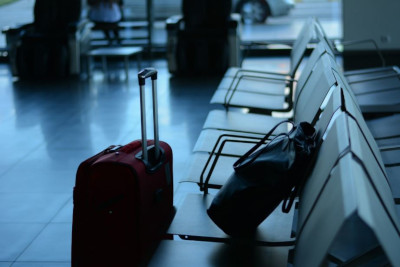 The two major competitors to Statesville Regional Airport are the Concord Regional Airport, north of Charlotte, and the Charlotte Douglas Airport, itself. “Concord is pretty much like us,” says Ferguson. “They’ve got several drivers based at their airport and most of the owners. They’ve got all the big name owners, and so, we are pretty similar. A lot of the drivers and owners live in Mooresville or around Lake Norman which is kind of a central location to both Concord and us, so a lot of the people live around us and some just go to Concord and some to us.”

Charlotte Douglass is only 35 miles south, however, and it is a huge airport with significant general aviation operations. “They have three runways and are soon going to four,” Ferguson explains, “and so, it is only going to be getting busier and busier. We can offer a really good alternative for general aviation.”

“One of our biggest advantages,” he continues, “is that Statesville is located outside of the Charlotte airspace so when jets leave and take off from here, they are speaking to Atlanta Center which is much more efficient than speaking to Charlotte approach because they are going to be routing Charlotte people first. And Concord comes under Charlotte’s airspace, as well, while we do not.”

“When it boils down to convenience and expense,” Ferguson concludes, “flying out of our Airport is much more efficient, as well as simply being more convenient. We hope that people will see that we are a huge supporter of corporate aviation, and that with the business climate around Charlotte metropolitan area, we are a viable alternative to Charlotte.”

Check out this handpicked feature on the Colorado Springs Airport – Commercial service and more.